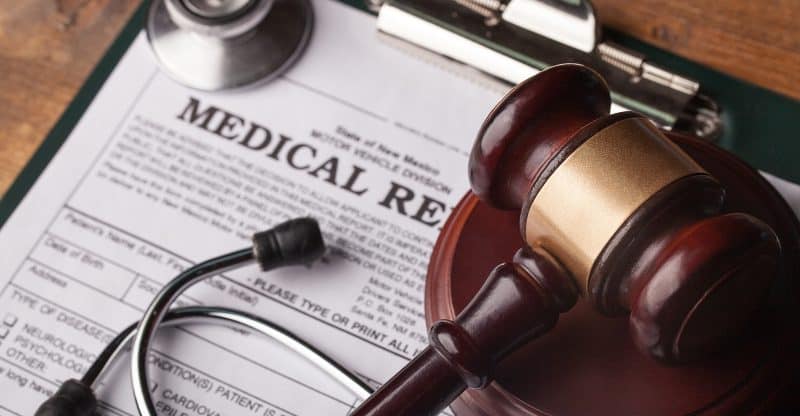 One out of every 20 American adults are affected by a medical misdiagnosis. Some medical conditions are notoriously difficult to diagnose, but in some cases, doctors fail to properly diagnose the condition.

These six medical conditions are commonly misdiagnosed and can have significant or fatal impacts on a patient’s health.

Cancer is one of the most commonly misdiagnosed medical conditions. The Journal of Oncology reports that up to 28% of cancers are misdiagnosed, but for some types of cancer, the misdiagnosis rate is as high as 44%.

In many cases, doctors improperly diagnose cancer because they do not have the patient’s complete medical history or all of the information needed to make a proper diagnosis.

Doctors commonly mistake this condition for Crohn’s disease, ulcerative colitis and irritable bowel syndrome. A blood test can confirm that a patient has Celiac disease.

Doctors in the emergency room may not immediately recognize that a patient is having a stroke. Patients commonly walk in with complaints of a headache or dizziness, which can be mistaken for an ear infection or migraine.

Symptoms of a heart attack can easily be confused with other conditions, such as gastritis, bronchitis, pulmonary embolism and even heartburn. In some cases, doctors may dismiss the symptoms as stress or anxiety.

Doctors may not be quick to suspect the patient is having a heart attack if that person does not have the common risk factors of heart disease.

Women are especially at risk for misdiagnosis, as many do not experience chest pain during a heart attack.

Lupus is an autoimmune disease that often takes years to properly diagnose because its symptoms masquerade as other illnesses.

The condition isn’t rare (1.5 million Americans have it), but it can be misdiagnosed as rheumatoid arthritis or another condition.

Symptoms of lupus can include: a butterfly rash, inflammation of the heart or lung, urine abnormalities, seizures, mouth sores, sunlight-triggered rash and anemia.

An antinuclear antibody (ANA) test is the primary screening method for lupus. If the test result is negative, it’s almost a guarantee that the patient doesn’t have lupus. But a positive result isn’t a clear indicator either. Up to 95% of people who have a positive ANA test don’t have lupus.

More people die from a pulmonary embolism each year than from car accidents, AIDS and lung cancer combined. It is not uncommon for doctors to mistake this condition with a heart attack or anxiety. The blood clot in the lungs can cause chest pain, unexplained shortness of breath and sweating. Some patients experience no symptoms whatsoever.