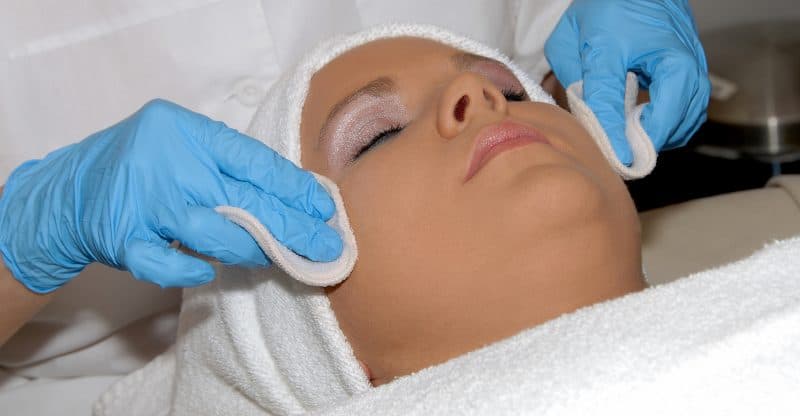 During the past few years, there has been a markedly increased demand for products that can improve people’s skin. With numerous advancements in technology, individuals no longer have to rely on advanced surgeries to improve their appearance. Now, there are new treatment options available on the market. Particularly for those who have spent a lot of time in the sun, there are a number of health risks that might arise. As a result, many people end up having precancerous growths that are removed from their faces. While this is good for their health, this can be bad for their appearance. These procedures can leave unsightly scabs and red marks all over the skin. As a result, some people have been turning to a new treatment option called a chemical peel.

There are a number of benefits that come with these new chemical peels. Many doctors are touting them as treatments that can provide people with nice, new, pink skin in a matter of weeks. As a result, many people are signing up for these appointments. At the same time, some people are calling these treatment benefits overblown. Other people are even thinking that these treatments might be dangerous. Particularly when some people have to sign consent at the last minute, after being given a sedative, it can be hard for people to know what they are doing.

For those who might not know, chemical peels use an acid called a phenol. This acid is swabbed on to the face. Over time, this acid literally burns through the skin. In some cases, it can even cause a second-degree burn. While some chemical peels use different acids, the result is the same. After the acid is applied, a trained professional will cover the face with an ointment or a mask. Then, after a couple of days, the tape is removed. An itchy crust develops and the ointment stays in place for close to a week.

Many doctors described this as a weeping scab. It sheds after a few days and reveals red, swollen skin underneath. Over the next week or so, the swelling will resolve. On the other hand, the redness will last several months. The idea is that once this redness goes away, the patient is left with new skin.

For these reasons, it is important for everyone to know the risks of chemical peels. Even though they can be helpful when used by trained professionals, this procedure can also lead to serious side effects.