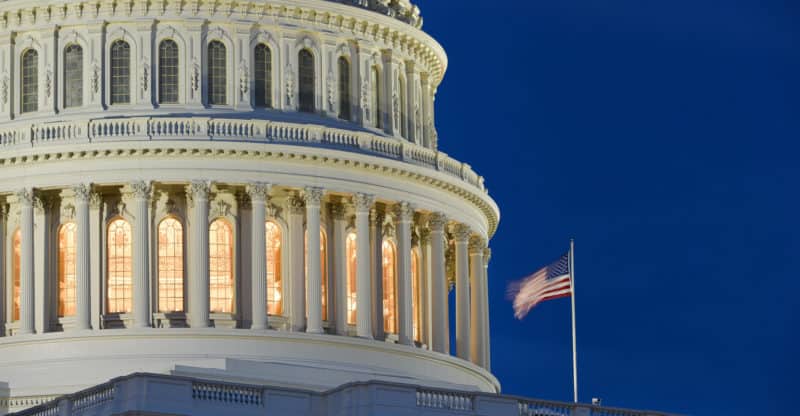 The House on Thursday narrowly passed a budget resolution that paves the way for Congress to fast-track a tax reform plan. The resolution was passed in a 216-212 vote, with 20 Republicans joining the Democrats in opposition of the measure.

The budget resolution includes a provision that prevents Democrats from using a filibuster, which requires at least 60 votes to overcome, against the tax bill. The tax bill would need just 50 votes and the support of the vice president to pass.

The bill was passed despite opposition among Republicans over a plan that removes State and Local Tax deduction in the tax reform plan.

The newly-passed budget plan sets the spending and revenue numbers for next year, but does not specify how the revenue will be generated. The spending details have yet to be filled in by the House and Senate Appropriation committees.

The House Ways and Means Committee is slated to reveal tax legislation next week that will unveil the new tax brackets; how the tax system will be reformed; and which credits, loopholes, and deductions will be increased or decreased.

Supporters of the tax reform measure say it will generate growth that will offset revenue lost from lower tax rates.

“This was an enormous step in the direction towards getting comprehensive tax reform and tax cuts for middle-class families over the line, into law, done,” said House Speaker Paul Ryan.

The tax framework released by Republicans in September reduces the number of income tax brackets from seven to just three. It eliminated personal deductions, doubled the standard deduction and also increased the child tax credit. The plan also eliminates estate tax, which is imposed on estates with values over $5 million, and the Alternative Minimum Tax.

Corporate tax rates would fall from 35% to 20%. No details have been revealed on which income levels qualify for the new tax brackets.