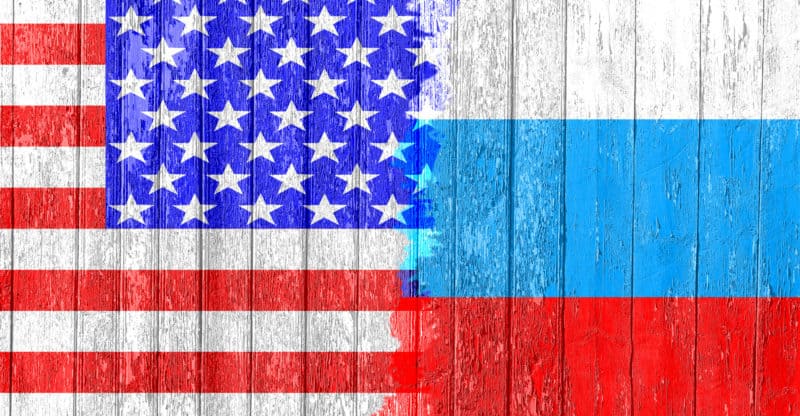 Donald Trump Jr. reportedly indicated that an anti-Russia law would be re-examined if his father won the presidential election in 2016, according to a Russian lawyer who met Trump Jr. last year. Trump’s oldest son also reportedly asked the lawyer for written evidence that Hillary Clinton’s campaign was receiving illegal proceeds.

During a two-and-a-half-hour interview in Russia, lawyer Natalia Veselnitskaya said she would tell these things to the Senate Judiciary Committee under the condition that her responses would be made public. Veselnitskaya has been questioned heavily by the committee, but she says she is prepared to testify, if asked, to Special Counsel Robert Mueller.

Veselnitskaya said she met with Trump campaign officials in New York to allegedly provide evidence that major Democratic donors had avoided U.S. taxes. She was also there to lobby against an anti-Russia law, known as the Magnitsky law, which punishes Russian officials for the murder of a tax accountant who accused the Kremlin of corruption.

Veselnitskaya recalls Trump Jr. stating, “Looking ahead, if we come to power, we can return to this issue and think what to do about it. I understand our side may have messed up, but it’ll take a long time to get to the bottom of it.”

The lawyer said Trump Jr. also requested financial documents showing that money that had evaded U.S. taxes went to Clinton’s campaign. Veselnitskaya said she did not have such documents, and considered the meeting a failure.

“It was quite difficult for me to understand what she was saying or why,” said Trump Jr. when speaking with Capitol Hill investigators in September. “Given our busy schedules, we politely asked if she could be more specific and provide more clarity about her objective for the meeting.”

The meeting with Veselnitskaya and Trump campaign officials came after Rob Goldstone, British publicist, contacted Trump Jr. to on behalf of the lawyer to request it. Goldstone described Veselnitskaya as a lawyer for the Russian government who had evidence that could incriminate Hillary Clinton.