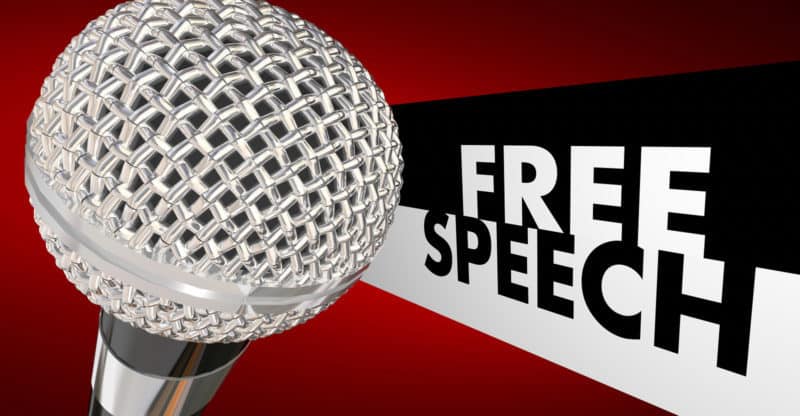 Speaking in an interview on Sunday with ABC’s “The Week,” Reince Priebus, Trump’s Chief of Staff, said the administration is considering changes to libel law.

“I think that’s something we’ve looked at, and how that gets executed and whether that goes anywhere is a different story,” said Priebus.

The comment from the White House’s Chief of Staff comes as the president held a rally in Pennsylvania in celebration of his first 100 days in office.

Trump discussed the possibility of changing libel laws at a campaign rally in Texas in February 2016. At the time, Trump threatened to sue The Washington Post and The New York Times.

“When they write purposely negative and horrible false articles, we can sue them and win lots of money,” said Trump at the 2016 rally.

The president has previously said that he “loves the free press,” but that libel laws should be opened up.

Under current law, the press can only be sued if the plaintiff can prove “actual malice.” In other words, the reporter must have known the information was false, but published it anyway.

When asked about whether the president should be able to sue newspapers, Priebus said, “I think newspapers and news agencies need to be more responsible with how they report the news.”

Priebus pointed to several articles which he said had “no basis or fact.”

Changing libel laws would require a constitutional amendment. Libel laws vary by state, as there is no federal libel law. Priebus admitted that such a huge undertaking would be difficult to accomplish.

Since taking office, Trump has reiterated his desire to change libel laws, taking jabs at his favorite media targets on Twitter.

At Sunday’s rally in Pennsylvania, Trump said the media should be given a “failing grade.” The president took a jab at the New York Times while addressing the crowd.

“The paper’s getting smaller and smaller. Did you ever notice? It’s starting to look like a comic book,” said Trump.

Carl Bernstein, CNN contributor, said the president “doesn’t understand the Constitution” and is “ignorant of history.”

“He deserves our respect as the duly elected president of the United States,” said Bernstein. “That does not mean he does not deserve to be called out when he lies.”

Lawmakers criticized Priebus’s comments that the Trump administration is considering a change to libel laws.

Rep. Justin Amash (R-Michigan) tweeted: “White House has no power to change the #1stAmendment, and we Americans will fight any effort to abridge the freedom of speech of the press.”

Rep. Ted Lieu (D-California) echoed Amash’s sentiment, stating that Priebus’s comments should be “alarming” to all Americans, including Republicans.

“This is marching America down the road to authoritarianism. Reince Priebus statements on stifling the press should alarm even Republicans,” Lieu tweeted.

The comments from Priebus come after the White House Correspondents Dinner, which Trump opted not to attend. The president instead held his rally in Pennsylvania to celebrate his first 100 days in office.

The White House Correspondents Dinner celebrates the First Amendment and freedom of the press.

During his interview with ABC’s “The Week,” Priebus also addressed the topic of flag burning, another First Amendment issue. The Chief of Staff hinted that the administration may be considering legislation that would punish flag burners. Trump has also suggested punishment for Americans who burn the flag.