5 Things You Need to Know About Texas Abortion Legislation 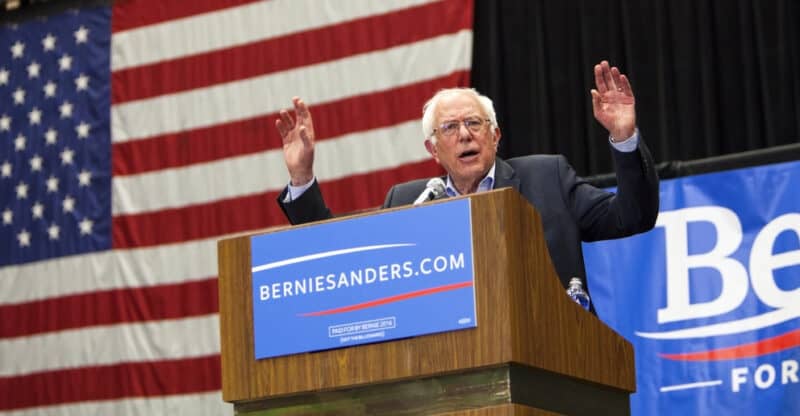 According to the Cook Partisan Voting Index (PVI), Vermont is the second most Democratic state in the U.S. after Hawaii. Since 1792, Vermont has participated in every election, becoming the 14th state to join the Union in 1791. Since the birth of the Republican Party in the mid-1800s, Vermont was primarily a Republican state, but that changed in 1992.

Home to former Presidential Candidate Senator Bernie Sanders, Vermont today has several reasons to be called one of the leading liberal states in the U.S. Interestingly, Vermont has a much-loved Republican governor, Phil Scot.

The home of Ben & Jerry’s ice cream and the top maple syrup producer in the U.S., Vermont has the second smallest population in the nation after Wyoming. Its capital, Montpelier, is the smallest state capital.

Liberal politics are evident in the state, contributing to its progressive reputation. Here are seven reasons why:

Vermont was almost entirely an agricultural community, but farmers struggled to farm the land, eventually turning to dairy farming. From the 1960s onwards, its population started growing, and Vermont’s economy began to boom thanks to ski resorts and a growing number of families establishing summer homes in the state.

Besides being home to Ben & Jerry’s, IBM is its most famous technology company, developed in Burlington on the shores of Lake Champlain in 1957.

In the meantime, the state also started attracting more liberal-minded people willing to pay the price of living in the state’s pristine environment – that is, higher costs and taxes.

The people who have chosen to make Vermont home are also great supporters of its public policies on environmental restrictions. Vermont’s ecological reputation grew with Act 250, passed in 1970 by Republican Gov. Deane Davis.

All building developments can only pass from the several commissions if they meet the strict criteria required for ski resorts, housing, etc. The state has also banned rooftop airconditioning units and billboards, preserving its quaint appeal. Vermont also passed a  Clean Air Act, taxing cars with heavy fuel consumption.

Vermont is working toward achieving 100% renewable energy power. In 2014, the state decommissioned its only nuclear power plant after four decades of service. In the same year, Burlington, the state’s most populous city, announced that its electricity was already coming from 100% renewable sources like hydroelectric power, wind turbines, woodchips, and solar. The city also aims to become a net-zero energy locality as far as heating and transportation go by 2030. In addition, Green Mountain Power is the largest electric utility in the state; it recently committed to using only renewable power by 2030, joining the smaller utilities that have already met this commitment.

Economic success is mainly attributed to the state’s liberal policies, ensuring low unemployment rates. These spiked a bit during the pandemic but are now at half the national rate. In the meantime, wage growth remains low in the state, explaining its lower unemployment figures. In addition, smaller private businesses and street fairs are far more popular in the state than big-box stores, but this is slowly changing.

For years the state deviated from most Democratic states on gun rights, implementing few restrictions. However, this attitude started to change in 2018 when the bipartisan leadership enacted a package on gun control. Dr. Anthony Fauci pointed out Vermont’s success in handling the various issues affecting the state during the pandemic, including mask mandates implemented early, contact tracing, regular testing, and careful reopening procedures.

Vermont ranks among the best states for LGBTQ rights. It was the first state where the legislature legalized same-sex marriages rather than the courts.

The estimated 26,000 LGBTQ community enjoys some of the most inclusive health and safety laws in the U.S., ensuring that everyone enjoys the benefits of the health care system. The state also has wide-ranging nondiscrimination regulations.

Overall, Vermont’s population grew by 2.8% in the past decade between 2010 and 2020, reaching 643,000 people. Interestingly, 81.6% of the population is over 18. Vermont remains a mainly white state, as a matter of fact, the second whitest in the U.S. However, the last census showed an increase in the Hispanic population of 68.4% and 44% in the Black population. Respectively, these increases are the 3rd and 7th biggest of these population groups of any state in the country.