7 Reasons Why Vermont Is One of The Most Progressive U.S. States 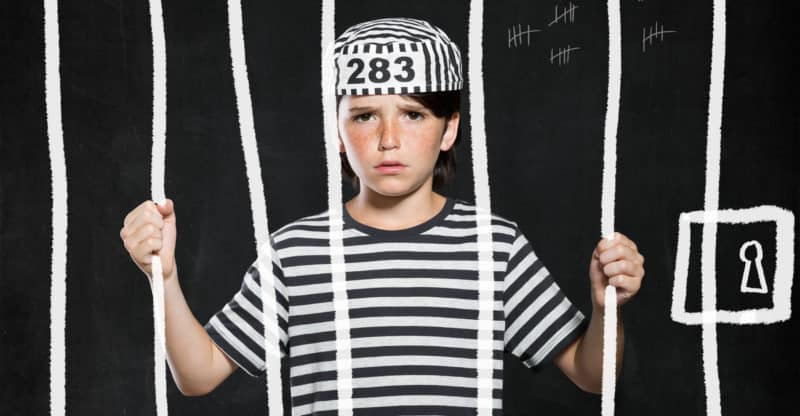 The ACLU (American Civil Liberties Union) chapter of Missouri filed a lawsuit against Kansas City Public Schools on behalf of a student who was allegedly handcuffed for crying uncontrollably in class. The incident, which took place in April 2014, involved a 7-year-old boy named Kalyb Primm Wiley.

The lawsuit, which was filed in Kansas City’s U.S. District Court, alleges that Kalyb was handcuffed by a school resource officer after crying uncontrollably, disrupting the classroom and failing to comply with commands from his teacher or the officer to stop making noise.

Court documents also state that Kalyb was frequently teased for his hearing impediment, and a bullying incident led to the classroom disruption. Officer Brandon Craddock heard Kalyb’s cries from the hallway, and brought the boy to the principal’s office. The lawsuit suggests that the boy stopped crying after the officer entered the classroom.

Driven by fear, Kalyb began crying again after joining the officer in the hallway and attempted to walk away. At this point, the lawsuit alleges, Officer Craddock twisted the boy’s arm and handcuffed him with his arms behind his back. He then led the boy to the front office.

The suit stated that Craddock told the school’s principal that the boy was uncontrollable and “refused to follow” directions. Kalyb’s father, who was called to the school, found his son sitting quietly in ac hair with his hands still handcuffed.

The lawsuit is accusing Kansas City Public Schools of violating the boy’s constitutional rights against excessive force and unlawful seizure under the 14th and 4th Amendments.

ACLU attorney Tony Rothert said, “It is illegal for the government to handcuff and restrain anyone without probable cause that a crime has been committed.” Rothert further noted that the 7-year-old, 50-pound boy was “no danger to anyone.”

When the incident first occurred in 2014, the school district stated that handcuffing children was just one of the many “methods” the staff used.

A spokesperson for the district stated that it had yet to be served with the lawsuit and could not comment. Craddock and Wallace are no longer employees of the school district.