Is Your Business Liable for a Data Security Breach? 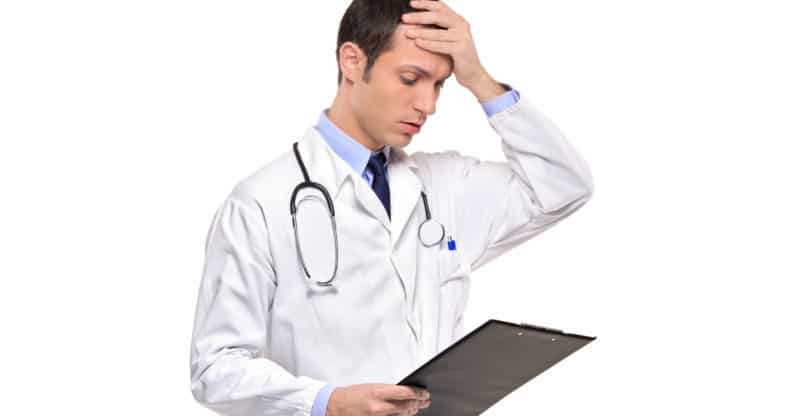 Aggressive malpractice laws may not necessarily protect patients from complications during surgery, a new study shows.

Proponents of medical malpractice law that make it easier to sue doctors argue that the measures are necessary to improve the quality of care. But the new study, led by Dr. Karl Bilimoria, says the risk of a lawsuit did not necessarily translate into better care. Dr. Bilimoria is the director of the Surgical Outcomes and Quality Improvement Center in Chicago.

“Malpractice environment doesn’t influence doctors to provide better care,” Bilimoria said in an email. “Rather, it may lead to defensive medicine practices where more tests and treatments are ordered unnecessarily just to try to minimize malpractice risk.”

Researchers analyzed data on medical malpractice insurance premiums, the number of claims for every 100 physicians, and the average award size as of 2010. Data on complications, odds of death and repeat operations within a month of surgery was also examined.

The average annual malpractice insurance premium for a general surgeon was approximately $47,000.

The data included 890,000 Medicare members who received care at 3,200 hospitals across the country. Roughly half the patients were 74 years of age or older.

According to the research report, published in the Journal of the American College of Surgeons, large malpractice awards and aggressive malpractice laws did not lower patient risk of postoperative complications. To the contrary, states where doctors faced a higher risk of malpractice claims, patients were 22% more likely to develop sepsis.

Researchers cautioned that the study does not prove how laws can cause specific outcomes. The data also does not clarify whether patient outcomes affected state laws, or vice versa.

The study showed no consistent link between surgical complications and malpractice environment, as these associations are typically attributed to certain fields of medicine or procedures.

However, the study adds to a growing body of evidence that shows aggressive malpractice laws does not necessarily translate into better patient care.

Dr. William Sage, medicine and law professor at the University of Texas at Austin who did not participate in the study, told Reuters the study makes a few things clear: too many patients are injured, and too few receive compensation for their injuries,.

“We also know that tort reforms capping damages at low amounts discourage most people from suing because lawyers won’t take the cases, which in turn reduces the malpractice insurance premiums that physicians pay,” said Dr. Sage in an email to Reuters.

Dr. Sage says the entire process is “slow and miserable” for patients and physicians.

Experts have suggested the adoption of national standard laws and using administrative courts to hold physicians to specific clinical standards can help significantly improve patient outcome and quality of care.