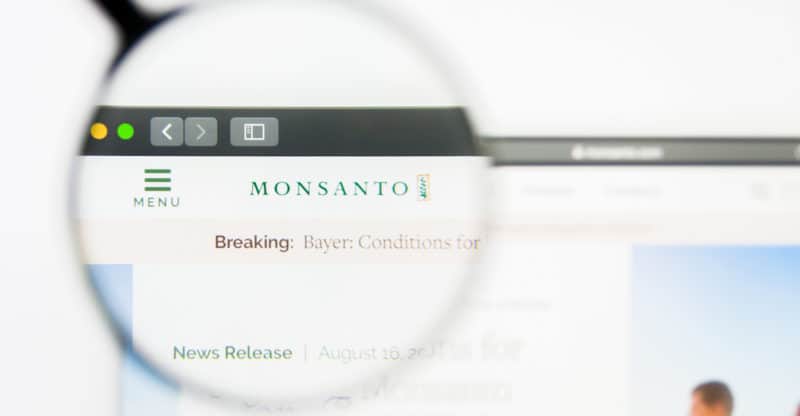 Bayer, owner of Monsanto, is reportedly looking to settle more than 18,000 lawsuits related to the weedkiller Roundup for $8 billion.

The agreement, if it moves forward, could take months to work out. Bayer previously floated paying $6 billion to $8 billion to settle current and future cases. The plaintiffs’ lawyers reportedly want more than $10 billion to drop their claims.

Those close to the matter have stated that the reports of the $6 billion to $8 billion settlement proposal are “pure fiction.”

Attorneys from both sides of the table are engaged in ongoing talks aimed at hammering out an agreement to resolve current and future claims over Roundup, according to people familiar with the discussions.

Negotiations have reportedly advanced to the point where lawyers from both parties have asked two judges to postpone trials slated to start in St. Louis.

Legal experts claim that the decision to postpone the cases is a “clear signal” that settlement talks are progressing.

Werner Baumann, Bayer Chief Executive, has stated that it would settle with U.S. plaintiffs if they could come to a reasonable agreement.

Bayer maintains that Roundup and its active ingredient, glyphosate, are safe for use and do not cause cancer.

The mounting lawsuits surrounding Roundup have put pressure on Bayer. The company recently announced that it will be selling its animal health business for $7.6 billion to Elanco. Bayer will receive $5.3 billion in cash as well as a $2.3 billion stake in the company.

The deal, which is expected to close sometime in 2020, will form the second-largest animal health company.

Bayer said in December that it would sell its animal health division as part of a bigger cost-saving effort, and to allow the company to focus on its drug and agriculture divisions.

Bayer has already sold its Coppertone sun protection unit for $550 million and its Dr. Scholl’s unit for $585 million.