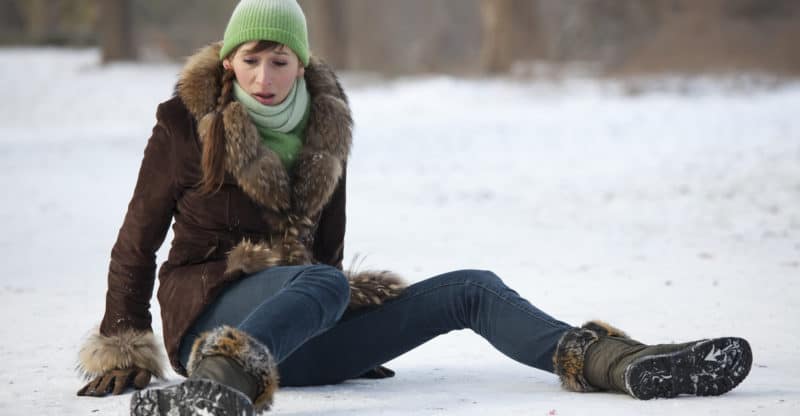 Small business owners typically lease rather than own the property where their business is located. The owner of that property often is an entirely different business entity and may own several other commercial properties.

What Does the Law Say About Premises Liability in Slip and Fall Cases?

To prevail in a slip and fall lawsuit in New York, a plaintiff typically must prove three things:

Thus, in New York, both a business owner who leases property where a slip and fall occurred (tenant) and the actual owner of the property (landlord) could both be held liable. Thus, you could arguably sue one or both parties in a slip and fall lawsuit.

Who Can You Collect Damages from in a Slip and Fall Claim?

Additionally, New York is a joint and several liability state. This means that a plaintiff could collect slip and fall damages from one or both parties. For instance, the plaintiff in a slip and fall claim could collect the entire amount from just the property owner. (In a separate action, the property owner could then seek “contribution” from the business owner/tenant.)

However, New York has an exception to this rule: If a party’s liability is 50 percent of the combined fault, the party would be severally liable for only the plaintiff’s non-economic losses.

Additionally, like many states, New York follows the doctrine of pure comparative negligence. If a plaintiff is partially at fault for his or her injuries, including those injuries suffered in a slip and fall, the plaintiff can still recover damages. However, those damages are reduced in proportion to the amount of fault attributed to the plaintiff.

As you can see, premises liability can be a complex area of the law, especially when the incident occurs at a business which is owned by a party other than the business owner.

For this reason, you should always consult with an experienced personal injury lawyer when seeking compensation for the harm suffered in a slip and fall.