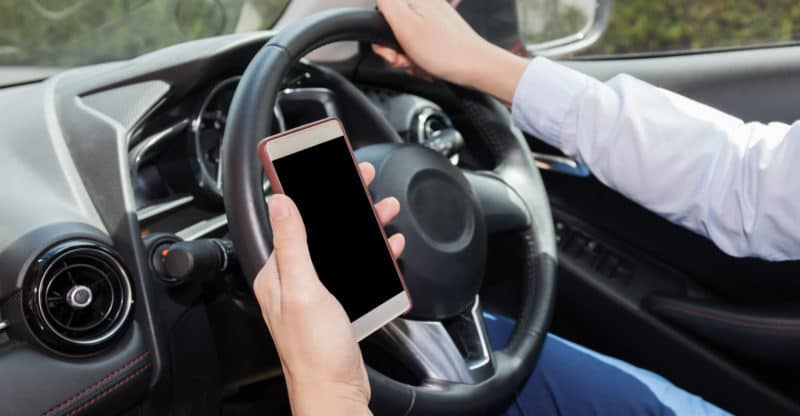 Many states have laws limiting texting while driving and drivers’ use of hand-held cell phones while behind the wheel to prevent distracted driving accidents. Should the laws be tougher? A recent hearing in New Jersey shows there is some support for more restrictive distracted driving laws.

New Jersey lawmakers recently heard from a federal transportation official who implored them to ban the use of hands-free cell phones behind the wheel. Robert Malloy, director of the Office of Highway Safety at the National Transportation Safety Board, told members of the Assembly Transportation Committee that banning non-emergency use of all portable electronic devices while driving would prevent a significant number of deaths and injuries related to car accidents.

Malloy said that more than 35,000 people died on the nation’s highways in 2015, and about 10 percent of those who die lost their lives in distracted driving accidents. The National Highway Traffic Safety Administration (NHTSA) estimates that distraction-related fatalities increased by 8.8 percent from 2014 to 2015.

“It’s not just about distracted drivers,” Malloy said, according to The Record of North Jersey. “It’s about the safety of everyone else on the road because no text, no call, no update is ever worth a human life.”

New Jersey currently bans the use of hand-held cell phones and texting while driving.

None of the bills under consideration by the N.J. Assembly would go as far as banning hands-free cell phones or other electronics behind the wheel, as the NTSB official suggested.

According to The Record, bills under consideration include measures that would:

AAA: Driver Distraction is Not About Phones

Cathleen Lewis, director of public affairs for the four AAA clubs in New Jersey, met with lawmakers to urge expansion of educational efforts to inform drivers about the dangers of distracted driving.

She cited several studies that have found no significant difference in the risk of a crash while using a hand-held phone while driving versus a hands-free device.

The distraction is due to the conversation itself, Lewis said.

“It takes 27 seconds for your brain to switch from that conversation to driving,” she said. “Think about how much can happen in those 27 seconds.”

When asked about the distraction caused by conversation, Malloy said the increase in distraction-related crashes in recent years coincides with the rising popularity of cell phones and other mobile devices.

Malloy said it is easier for law enforcement to prove that a driver was distracted by a phone call or text message than by something else happening within the vehicle.