How does a Lemon Law Buyback Work in California? 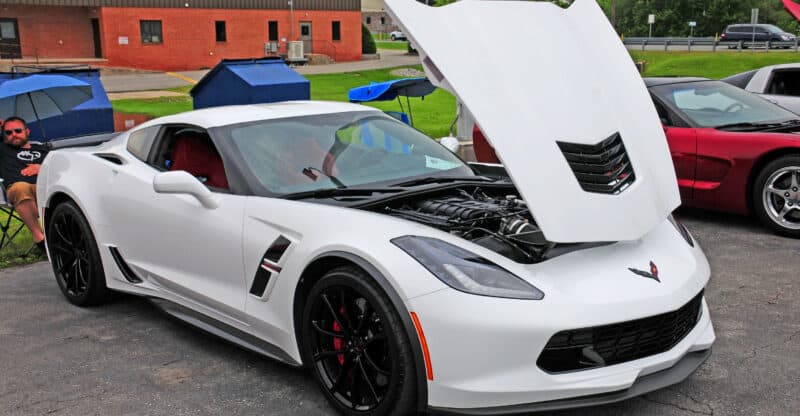 A class action lawsuit (Won v. General Motors LLC (ED MI. Case No. 2:19-cv-11044-DML-DRG)) was filed on April 10, 2019, which was consolidated with class action lawsuits filed by several other consumers on behalf of people who purchased or leased certain cars equipped with an 8L45 or 8L90 GM transmission.

In September 2019, the plaintiffs filed an amended class action complaint. The affected vehicles include:

According to the class action, vehicles equipped with GM’s 8L45E and 8L90 automatic transmissions can experience slipping gears, shifting into gear aggressively, shuddering or jerking, delayed acceleration, and trouble slowing down (the “transmission defect”).

These GM transmission problems can cause unsafe conditions, such as the vehicles suddenly lurching forward, sudden loss of forward movement, or significant delays in acceleration.

The class action alleges these conditions present a safety hazard because they severely affect the driver’s ability to control the vehicle’s speed, acceleration, and deceleration.

Current or former owners experiencing these GM transmission problems should be aware that the California lemon law and other state and federal laws may force GM to either “buy the vehicle back” or provide further compensation for those experiencing the Transmission Defect.

Under California’s lemon law, qualifying lemons must be bought back. That can mean a large cash refund and payoff of your loan or lease and could be as much as everything you paid for the vehicle and everything you owe: monthly payments, down payments, tax, finance charges, license, registration, etc. You could even qualify for two times your money back.

There is a formula in the law that starts with you getting all your money back and then taking certain deductions and exclusions away from your payment. Those refunds and exclusions are challenging to understand and can be fought against by knowledgeable consumer attorneys.

We can help you sort through these questions and make an informed decision. Fill out the form below for a free lemon law consultation.

Five class action lawsuits were filed in the US District Court for the Eastern District of Michigan over these GM transmission problems and were consolidated in September 2019:

On September 24, 2021, the plaintiffs moved for leave to file a second addendum to the consolidated amended class action complaint, which was granted on December 16, 2021.

The plaintiffs filed a motion for class certification on February 7, 2022, and GM filed its response on March 9, 2022. The court has set a hearing for June 2, 2022. The plaintiffs have filed a motion for certification of a Michigan sub-class, which is pending. A motion to consolidate the Harper action with the other actions has been set for a hearing on February 28, 2023.

The court has not yet set a trial date. This case has not been settled and is not in settlement negotiations.

What are your options in the GM transmission class action?

In a class action lawsuit, if the class is certified by the court, the lawyers who bring the class action represent you. If they prevail at trial, you receive whatever relief that is awarded by the judge or jury. If they lose, you may be unable to litigate claims over the issues raised.

As with most litigation, the vast majority of class action cases settle. You will receive a class notice describing your options. Those options will be: (a) do nothing, in which case you may get nothing but be bound by the settlement, (b) submit a claim form if requested and get whatever relief is provided and the settlement also binds you, or (c) opt-out and pursue your own claims, in which case you are not bound by the settlement but cannot participate in the relief being offered to class members.

For many people, a class action settlement may provide significant benefits and requires little effort to participate. It also comes with little risk, as the claims have been resolved.

But for others, particularly where they may have had significant damages, opting out and pursuing individual claims may provide them an opportunity to receive a better recovery in a shorter period, but with no guarantee, they will get anything in a settlement.

We can help you sort through these questions and make an informed decision about your options. Fill out the form below for a free lemon law consultation.

With vehicle issues, what to do can be a complicated decision, as it can depend on many factors. These factors include:

When and where were the GM transmission class action lawsuits filed?

What do Plaintiffs allege in the GM transmission class action lawsuits?

According to the class action, vehicles with GM’s 8L45E and 8L90 automatic transmissions can cause slipping gears, shifting into gear aggressively, shuddering or jerking, delayed acceleration, and trouble slowing down.

The complaint further alleges that GM knew, or should have known, of this critical defect during the sale or shortly after that when people complained of the defect at GM’s authorized dealerships but that GM failed to disclose the Transmission Defect to consumers.

What vehicle models are identified in the GM transmission class action lawsuits?

How many GM vehicles are affected by this transmission defect?

According to publicly available data, approximately 5.5 million of these vehicles were sold in the United States.

According to the class action lawsuit, what causes the GM transmission defect?

The class action alleges that the shuddering, shaking, jerking, and hesitation in these vehicles are related to internal issues within the transmission and torque converter, causing undue friction and impairing the proper functioning of hydraulic systems and gears, which results in metal shavings being circulated throughout the transmission.

Are Vehicles with the GM Transmission Defect Unsafe?

The class action alleges that the Transmission Defect can cause unsafe conditions, including but not limited to vehicles suddenly lurching forward, sudden loss of forward movement, and significant delays in acceleration. The class action further alleges these conditions present a safety hazard because they severely affect the driver’s ability to control the vehicle’s speed, acceleration, and deceleration.

We can help you sort through these questions and make an informed decision about your options. Fill out the form below for a free lemon law consultation.

How does the transmission defect violate the vehicle warranty?

GM provided all purchasers of the Class Vehicles with a New Vehicle Limited Warranty with the purchase or lease of the Class Vehicles. The New Vehicle Limited Warranty for Cadillac-brand vehicles (“Cadillac Warranty”) included a “Bumper-to-Bumper” warranty (the complete vehicle is covered for four years or 50,000 miles, whichever comes first) and a Powertrain warranty (7 years or 70,000 miles, whichever comes first).

The class action alleges GM breached these express warranties by performing illusory repairs to fix the Transmission Defect. Rather than repairing the vehicles under the express warranties, the complaint alleges GM falsely informed consumers there was no problem with their Class Vehicles, performed ineffective procedures, including software updates, and replaced defective components in the 8L90 and 8L45 transmissions with equally defective parts without actually repairing the vehicles.

Have the consumers been offered anything to resolve this defect?

The class action alleges that the Transmission Defect is covered under GM’s express warranty. However, when consumers bring their vehicles to GM’s authorized agents for repair, they are told that their vehicles behave normally, given ineffective repairs, or have their transmissions or components replaced with the same defective parts.

The complaint alleges GM had routinely failed to repair these vehicles under warranty when the defect manifests even though GM knew, or should have known, of this critical defect during the sale or shortly after that when numerous consumers complained of the Transmission Defect at GM’s authorized dealerships.

The class action also alleges that although GM was obligated to correct the Transmission Defect, none of the attempted fixes to the transmissions or software updates are adequate under the terms of the vehicle warranties, as they did not cure the defect.

Have the GM transmission class actions been settled?

No, not at this time.

Is there anything I need to do at this time?

If you want to bring your own claim, you can do so now and opt out when you receive notice. Or the class will be defined as those people who have not sued or settled their claims, and you will be automatically opted out of the settlement.

As a settlement has not been reached and class certification has not been granted or notice mailed out, there is nothing you need to do now. However, if you want to discuss your lemon law options with us, fill out the form below.

Why Should I Opt Out of Any Certified Class or Settlement?

For many people, a class action provides significant benefits without spending money or doing much other than completing a claim form. And because the matter is settled, as long as the court approves a settlement, you will get the relief described in the class notice.

However, many people do not want to wait for relief or think they will get more if they do not participate in a class action settlement. This depends on a variety of factors, such as how old your car is, whether you can document the defect that occurred in your vehicle, whether you have taken it in for repairs on more than one occasion, do you still own the car, is it still under warranty and where do you live.

Depending on the answers to those questions, while there is no guarantee you will receive any recovery if you opt out, you may have the opportunity to receive significant relief, including a vehicle repurchase and possible penalties.

What is the Song Beverly Warranty Act?

The Song-Beverly Warranty Act, California Civil Code §1793.2(d)(1), is a California state law that requires manufacturers to repair defects after a reasonable number of repair attempts. What is “reasonable” is not set in stone – safety defects should be fixed immediately, for example. The defects must “substantially impair the vehicle’s use, value, or safety.” Civil Code §1793.22(e)(2).

Under Civil Code §1793.2(d)(1), manufacturers such as GM must promptly offer repurchase or replacement of the vehicle if they cannot fix it in a reasonable time frame. In addition, Civil Code §1794(c) and §1793.2(d) provide that customers may have a civil penalty up to two times the actual damages if manufacturers acted “willfully” (meaning knowingly, not necessarily malicious) in ignoring or failing its obligation under the Song-Beverly Act.

Finally, as the Song-Beverly Act is a pro-consumer fee-shifting statute under Civil Code §1794(d), manufacturers such as GM must pay consumers’ attorney’s fees and costs as part of any litigation or settlement.

May I have additional legal rights if I am an Armed Forces member?

Under Cal. Civil Code 1795.8, if a person is a member of the Armed Forces, the Song Beverly Act protections may apply, even if you purchased your vehicle outside of California, so long as the manufacturer sells vehicles in California.

Armed Forces members would need to show they were stationed in or a resident of California when they purchased the vehicle or filed a claim against the manufacturer.

There is much to consider in deciding whether to pursue a lemon law claim.

The Hanson Law Firm can help you sort through these questions and make an informed decision.

John W. Hanson, B.A., J.D., LL.M., is an attorney with twenty-five years litigation experience, with a primary focus on the lemon law and consumer class actions.