Woman’s IUD Was in Her Abdomen for 11 Years 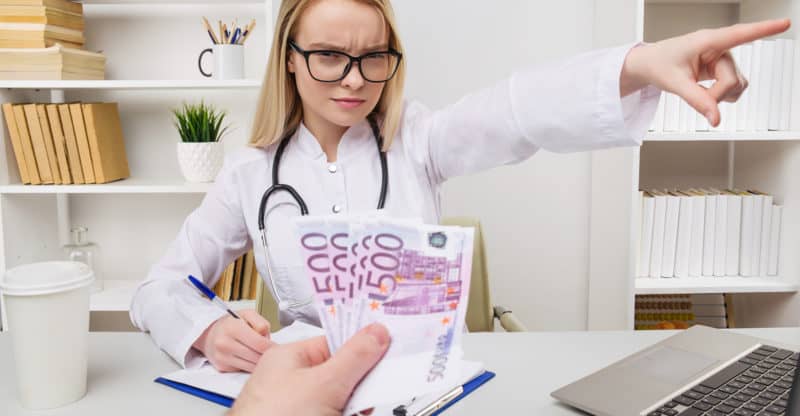 A Dallas laboratory has been accused of paying kickbacks to doctors for drug screen referrals using what the federal authorities are calling a “sham investment model.”

Authorities say Southwest Laboratories paid one doctor up to $5,000 per month for referrals. These payments were disguised as dividends. U.S. attorney for the Northern District of West Virginia, Bill Powell, said the number of shares a doctor could buy in the company was dependent on the number of urine drug screens they brought in.

One doctor, Brenna Green, has already settled allegations with the government. Green has agreed to pay $199,425 to the government, according to Powell.

Authorities have not confirmed or denied whether the investigation is ongoing. At this time, Southwest Laboratories is not facing criminal charges.

An attorney for Southwest Laboratories released the following statement: “We feel confident, over its years of operation, the organization acted with the utmost care for the patients and doctors it served and was in complete compliance with the law and the regulations under which it operated.”

The company had ceased most of its operations last year.

The Dallas U.S. attorney’s office has yet to comment on the matter. The Office of Inspector General for the Department of Health and Human Services along with the FBI investigated the case against Green.

Southwest Labs is currently being sued in Dallas County civil courts by labs it had contracted with to test samples. HealthTrackRX, one of the labs suing Southwest Labs, claims that the company paid out $80 million to doctors and investors while letting their invoices for lab services go unpaid.

Southwest Labs isn’t the first laboratory to be accused of paying doctors kickbacks.

UnitedHealthcare is suing Next Health for more than $100 million over claims that it gave people gift cards in exchange for a urine sample at Whataburger bathrooms.