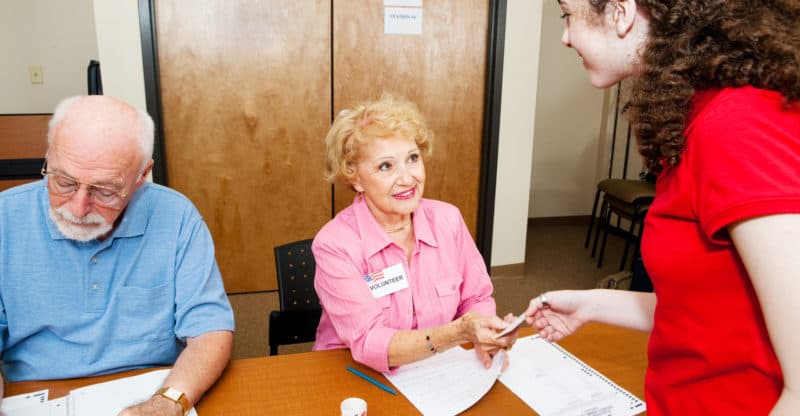 Election Day may have passed, but the legal battle over Texas’ controversial voter ID law continues.

The DOJ said in the court documents, “The discriminatory impact was not merely an unintended consequence of SB 14. It was, in part, SB 14’s purpose. Compelling evidence establishes that Texas enacted SB 14 at least in part because of its detrimental effects on African-American and Hispanic voters.”

Ken Paxton, Texas Attorney General, rejected the DOJ’s comments, stating that the Legislature passed the law due to public concern over voter fraud.

In 2014, U.S. District Judge Gonzales of Corpus Christi ruled that the Texas law violated the Voting Rights Act because it had an impermissible effect on minorities and placed a burden on the right to vote, the Caller-Times reported.

The 5th U.S. Circuit Court of Appeals agreed with Judge Gonzalez, ruling that the law threatens the voting rights of minorities. The court instructed the trial court to fix the law.

Legislators in Texas began pushing for voter ID laws because of the state’s explosive growth of minority populations, who vote overwhelmingly Democrat.

Democrats managed to derail the voter ID laws from 2005 through 2009, but Republicans used extraordinary measures to win passage after winning super-majorities in the 2010 elections.

Not everyone is convinced that Texas lawmakers intentionally set out to discriminate against minorities.

“They have no evidence that any legislator acted with a racially discriminatory purpose, let alone that S.B. 14’s proponents engaged in a silent conspiracy to discriminate against minority voters,” the court documents read.

Paxton argues that opponents were putting a false spin on the narrative, and that the law is supported by the majority of Texans, including minorities.