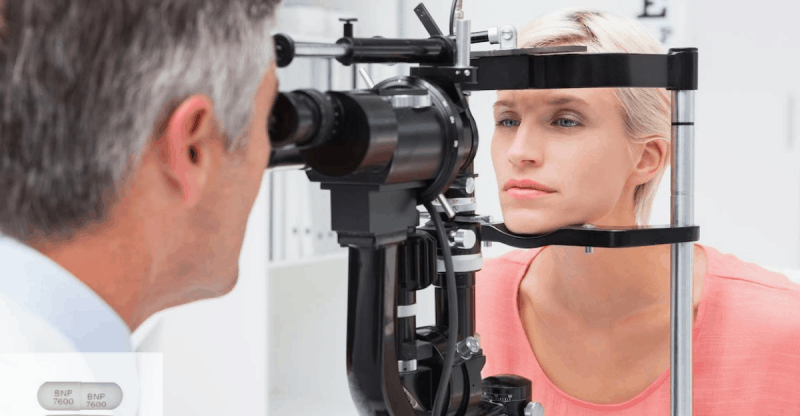 A number of lawsuits have recently been filed against the manufacturer of Elmiron® alleging the drug causes serious vision problems that can lead to blindness and the manufacturer failed to properly warn physicians and patients of this risk.

Elmiron® (pentosan polysulfate sodium) is the only oral medication approved for the treatment for interstitial cystitis which causes chronic bladder pain, urinary frequency and urinary urgency.

Approved in 1995, Elmiron still has sales of over $150 million annually and is one of the most commonly prescribed treatments for interstitial cystitis.

Elmiron Use and Severe Vision Damage

While Elmiron has been used to treat interstitial cystitis for a number of years, only recently has a link between Elmiron and maculopathy become public.

In November 2018, the first of a number of case studies and journal articles linking Elmiron with maculopathy was released.

The Emory Eye Center published a case study of six patients who had developed pigmentary maculopathy without an apparent cause between May 2015 and October 2017. The common thread among these six patients was each had taken Elmiron long-term for the treatment of interstitial cystitis. All six patients underwent extensive imaging and testing to determine if the cause was genetic or pathogenic in origin but no such causes were found.

In April 2019, physicians at the Emory Eye Center published an expanded case study of ten patients who developed pigmentary maculopathy after taking Elmiron for interstitial cystitis.

Appearing in the Journal of Urology, the case study provided details of the Elmiron dosage and duration for the ten patients with pigmentary maculopathy. Authors also noted there were 156 other patients treated at the Emory Eye Center who suffered from interstitial cystitis but did not use Elmiron and none of these patients showed any signs of pigmentary maculopathy.

In October 2019, ophthalmologists at Kaiser Permanente released the findings of an examination of Kaiser’s entire database of 4.3 million patients for any cases of pigmentary maculopathy and Elmiron.

They identified 140 patients who took Elmiron long-term and persuaded 91 of these patients to come in for an eye examination. Twenty-two of the 91 patients were found to have clear signs of macular abnormalities due to Elmiron toxicity.

In October 2019, researchers at Harvard Medical School published a case study of a patient with Elmiron related pigmentary maculopathy that continued to worsen six years after her Elmiron use ceased.

In November 2019, researchers at Emory Eye Center released the results of a matched, cohort study of thousands of Elmiron users versus control patients which revealed that after 7 years of use, the Elmiron users had a significantly increased risk of suffering from pigmentary maculopathy.

What are the Symptoms of Maculopathy?

Because maculopathy is typically painless, many individuals do not immediately recognize some of the symptoms.

The most common symptoms include:

One of the most common methods of testing for potential maculopathy or the progression of maculopathy is the Amsler Test.

The Amsler test is designed to identify metamorphopsia, which is the most common symptom of maculopathy and is defined by the distortion or deformation of straight lines. If the patient sees distorted, curved or broken lines this is an indication of maculopathy.

How to Join the Elmiron Lawsuit?

A number of Elmiron lawsuits have recently been filed that allege Janssen Pharmaceuticals failed to warn doctors or patients that serious pigmentary maculopathy can develop from long-term Elmiron use.

The Elmiron label did not include any language describing pigmentary maculopathy or any type of maculopathy as a potential complication from Elmiron use.

Under pressure from the mounting number of Elmiron lawsuits, on June 16, 2020, the FDA approved Janssen’s request to change the Elmiron warnings on the label to include the risk of retinal pigmentary “changes”. Janssen now admits these permanent vision injuries can occur with both long and short term use of the drug.

If you or a family member took Elmiron and suffered vision problems, you can contact the class action attorneys at Doyle APC for a free consultation.