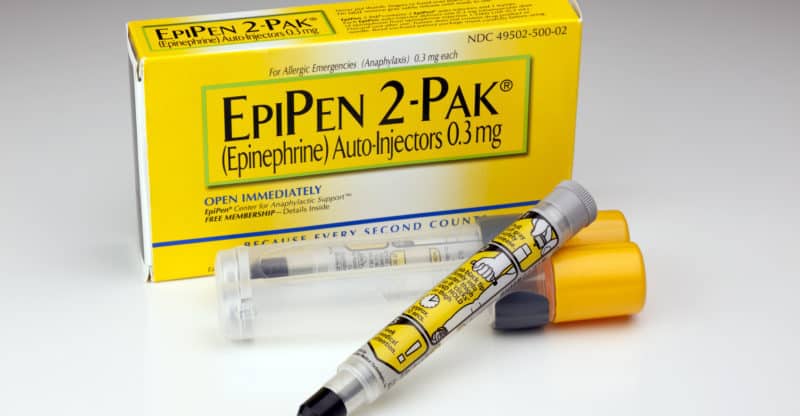 Mylan, maker of the life-saving EpiPen, is facing legal trouble as New York Attorney General launches an investigation into whether the company broke antitrust laws.

The company recently came under fire after raising the price of the EpiPen drug by 400% to $600. Mylan responded to the criticism by announcing that they would be offering a generic version of the pen for $300 a pair.

The makers of EpiPen, the injector device that gives patients a shot of epinephrine to counteract allergies, has virtually no competitors in its market.

Allegations have emerged that Mylan prohibits schools who participate in the EpiPen4Schools program from buying products from the company’s competitors for a year, according to a report from Fortune. Mylan provides many schools with EpiPen devices for free.

Senators Amy Klobuchar and Richard Blumenthal requested that the Federal Trade Commission open an investigation into the claims.

“No child’s life should be put at risk because a parent, school or healthcare provider cannot afford a simple, life-saving device because of a drug-maker’s anti-competitive practices,” Schneiderman in a press release on Tuesday.

The New York Attorney General said if the company is found to have violated antitrust laws or engaged in anti-competitive practices, they will be held accountable.

“I will bring the full resources of my office to this critical investigation,” he added.

Mylan purchased the EpiPen from Merck in 2007. The device generates approximately $1 billion per year in revenue for Mylan.