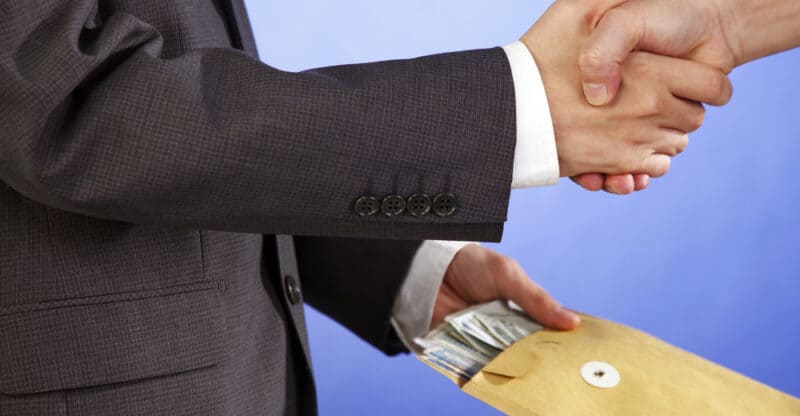 Unfortunately, corruption is something that runs deep within the United States. The impacts of corruption are far-reaching and can put trust between the public and the government at a level of unease or worse.

One of the goals of President Biden since his election has been to fight the corruption that has established itself at the heart of the US national security interest. He has since implemented a strategy that aims to tackle the core issues, prevent corruption, better hold corruptors accountable, and strengthen the capability of those seeking to fight white-collar crime.

There are five ways that the Biden administration plans to tackle corruption in the United States.

That means addressing any ownership transparency regulations that may have otherwise been exploited. It means working within existing rules to make illegal gate-keeping within the financial system more complex.

Finally, it means working with partner countries to encourage and strengthen anti-money laundering policies and regimes. All in the name of preventing these individuals and organizations from being able to fund their illicit activities.

With the shift and development in technology comes new and more effective ways for corruption to occur. It also means that the United States has to take different measures to prevent those corrupt events.

It means having a better understanding of the information available. It means elevating coordinating bodies such as USAID to help fight the spread and development of these illicit activities. It also means increasing the resources for law enforcement and bolstering the ability to share information among both the law enforcement and intelligence community. The more information there is, the better it must be communicated to help battle corruption.

Part of the problem is that, even when corruptors are caught, they rarely are held to any level of accountability. But part of the goal of the Biden administration is to punish those who have been caught in illicit, corrupt activities.

It means launching new initiatives to prevent foreign bribery. It means enhancing the ability not only to identify but recover stolen assets that have been linked to any foreign government corruption. That is also in addition to working with the private sector to encourage the adoption of anti-corruption compliance programs that can help curb the problem.

Unfortunately, the problem with corruption is not just limited to US soil. There are many organizations, based either in the United States or abroad, that partake in illicit activities that impact the United States somehow.

The goal is to work with foreign entities to achieve better global anti-corruption goals. That means cutting down on the number of illicit feign transactions. It also means better understanding the economic, political, and social dynamics involved in widespread corruption both in the United States and abroad.

There are structures in place that support the battle against corruption. But part of the problem is not correctly supporting those structures. That means following and expanding on security institutions targeting wrongdoing in the acquisition, finance, and human resource functions.

It means encouraging participation in several initiatives, such as the Extractive Industries Transparency Initiative and the Open Government Partnership. The battle is not limited to just the United States, and it takes a community effort from other entities around the globe to help curb the rise of corruption within the United States.

Only through the proper strengthening and support of these anti-corruption measures can the United States hope to achieve a more effective battle against corruption.