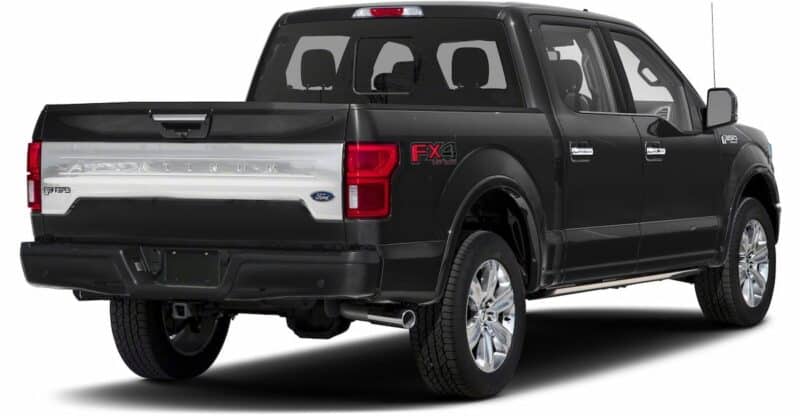 The plaintiffs now seek to amend the class action lawsuit to include all vehicles equipped with a 10R80 transmission, including:

Ford and Lincoln vehicle owners experiencing problems with their automatic transmission should be aware that California’s lemon law and other state and federal laws may force Ford to either buy the vehicle back or provide further meaningful compensation if these vehicles exhibit a defect in the transmission.

That can mean a large cash refund and your loan or lease payoff. This could be as much as everything you paid for the vehicle and everything you owe: monthly payments, down payments, tax, finance charges, license, and registration. You could even qualify for two times your money back, depending on the circumstances.

There is a formula in the law that starts with you getting all your money back and then taking certain deductions and exclusions away from your payment. Those refunds and exclusions are challenging to understand and can be fought against by knowledgeable consumer attorneys.

A class action lawsuit has been filed over this issue on behalf of the owners and lessees of these vehicles. O’Connor v. Ford Motor Company, Case No. 1:19-cv-05045, was filed in the United States District Court for the Northern District of Illinois on July 26, 2019.

An amended class action complaint was filed on September 25, 2020. According to the class action, the Ford F150 at issue contains a defect in the 10R80 transmission, a 10-speed automatic transmission.

This alleged defect “can cause the transmission to shift harshly and erratically, causing the vehicle to jerk, lunge, and hesitate between gears.”

The class action alleges, and consumers have reported that the transmissions in these Ford F-150 vehicles can exhibit the following symptoms:

According to an article in Consumer Reports, Ford has issued a recall of over 47,000 Ford F-150 trucks, but only from the 2021 model year “because their transmissions may unexpectedly shift into neutral while in motion, which could cause a crash.”

A class action lawsuit titled O’Connor v. Ford Motor Company, Case No. 1:19-cv-05045, was filed in the United States District Court for the Northern District of Illinois on July 26, 2019. After the court granted a motion to dismiss, a consolidated amended class action complaint was filed on September 25, 2020.

On September 30, 2021, the court granted Ford’s motion to dismiss the class action lawsuit in part and denied it in part. Some breach of implied warranty claims were dismissed for specific states, while others were allowed to proceed, including class claims for negligence, fraud, fraudulent concealment, and unjust enrichment. The nationwide class action claims were not dismissed after the court ruled the issue of dismissal was too early at this lawsuit stage.

Another class action alleging Ford F150 transmission defects was consolidated with this lawsuit. Ford has filed a motion to compel individual arbitration of these claims, which has been denied.

The parties filed a joint status report in December 2022 detailing the status of the case, the progress of discovery, and the prospects of settlement.

A motion to file an amended class action complaint that expands the number of impacted vehicles to the Ford Expedition, Ford F-150, Ford Mustang, Ford Ranger, and Lincoln Navigators equipped with a 10R80 transmission, regardless of the model year, has been filed by the plaintiffs and is in the process of being briefed by the parties.

Discovery has not been completed in the consolidated class action, and the plaintiffs have requested an additional six months to complete discovery beyond the current January 12, 2023 deadline. Ford is opposing that request.

According to the parties, they have not engaged in settlement negotiations to date, and no trial date has been set. No trial date will likely be set to start before 2024.

Your options if you own a Ford F-150, Expedition, Mustang, Ranger, or Lincoln Navigator and experienced transmission problems

For many people, a class action may provide significant benefits and does not require much effort to participate if that case is settled. It also comes with no risk, as the claims have been resolved. But for others, particularly where they may have had multiple repairs or complaints about the alleged defect pursuing individual claims may provide them an opportunity to receive a beer recovery in a shorter period, but with no guarantee, they will get anything in a settlement.

When it comes to vehicle claims, what to do can be a complex decision, as it can depend on many factors, such as:

What does the Ford F-150 class action lawsuit allege is wrong with the vehicle?

The complaint in the class action lawsuit alleges that the 2017-2020 Ford F150 vehicles contain one or more design or manufacturing defects that can cause the transmission in these vehicles to shift harshly and erratically, causing the truck to jerk, lunge, and hesitate between gears.

The defective transmission symptoms include:

According to an article in Consumer Reports,

“The problem is due to an error in the transmission’s software. If this problem occurs, owners may notice a loss of vehicle ower and a wrench symbol illuminated on the dashboard near the speedometer. Once the vehicle is stopped, it may automatically go into Park. Ford says that turning the ignition off and on will reset the vehicle immediately.”

What Ford F-150 vehicle models were identified in the class action lawsuit?

The class action was brought on behalf of owners and lessees who purchased or leased the model year 2017-2020 Ford F-150 vehicles with a 10R80 10-speed automatic transmission in the United States. The class action complaint also asserts claims on behalf of subclasses of residents in the following states: Illinois, California, Florida, Massachusetts, New Jersey, New York, Pennsylvania, and Texas. The plaintiffs now seek to amend the class action lawsuit to include all Ford Expedition, Ford F-150, Ford Mustang, Ford Ranger, and Lincoln Navigators equipped with a 10R80 transmission.

How many Ford F-150 vehicles are impacted by this transmission defect?

According to publicly available data, approximately 575,000 Ford F-150 vehicles have been sold or leased in the U.S.

Is Ford aware of this alleged transmission defect in the F-150?

According to the class action, Ford is aware of this transmission defect as these vehicles have allegedly been plagued with the same or similar recurrent problems for years. Technical Service Bulletins issued by Ford to its dealer network and instructions on how to try to repair these transmissions evidence Ford’s knowledge of the defect.

In addition, according to a recent Consumer Reports article, Ford is aware of a transmission defect in its 2021 Ford F150s and is recalling approximately 47,000 2021 Ford F-150 vehicles because their transmissions may unexpectedly shift into neutral while moving.

Does the Ford F-150 transmission defect violate the vehicle’s warranty?

The warranty covers repairs and adjustments needed to correct defects in materials or workmanship of any part supplied by Ford. In addition, there are implied warranties established by state and federal law that may apply to these vehicles.

Has Ford offered owners anything to resolve the transmission defect?

To date, Ford has been unable to resolve this issue or disclose this defect to consumers. Instead, according to the class action,

“since 2017, Ford has attempted to squelch public recognition of the Transmission Defect by propagating the falsehood that the harsh and bumpy shifting in Class Vehicles was “normal,” through statements made to consumers and the general public by Ford employees, authorized dealers, agents, sales representatives and/or repair technicians, and through TSBs which sought to normalize the poor performance and safety issues.”

Are Ford F-150 trucks with the transmission defect unsafe?

According to the class action lawsuit, Ford has allowed consumers to continue to drive these vehicles, despite knowing that they are prone to harsh or abrupt shifting, hesitation, and surging, putting both drivers and passengers at risk. In addition, Ford has recalled particular 2021 F-150 pickup trucks because their transmissions may unexpectedly shift into neutral while in motion, which could cause a crash.

What is the California Song Beverly Warranty Act?

California’s Song-Beverly Warranty Act, California Civil Code §1793.2(d)(1), is a state law that requires manufacturers to repair defects after a reasonable number of repair attempts. What is “reasonable” is not part of hard and fast rules – safety defects should be fixed immediately, for example. The defects must be important and “substantially impair the vehicle’s use, value, or safety.” Civil Code §1793.22(e)(2).

Under Civil Code §1793.2(d)(1), manufacturers must promptly offer the repurchase or replacement of a vehicle they cannot fix in a reasonable time frame. In addition, Civil Code §1794(c) and §1793.2(d) provides that customers are entitled to a civil penalty in an amount up to two times the actual damages if manufacturers acted “willfully” (meaning knowingly, but not necessarily with malicious intent) in ignoring or failing its obligation under Song-Beverly.

Finally, under Civil Code §1794(d), manufacturers must pay the plaintiff’s attorneys’ fees and costs as part of the settlement, as the Song-Beverly Act is a pro-consumer fee-shifting statute.

Other states have similar laws, which require their own explanation and analysis.

May I have additional rights if I am an Armed Forces member?

Under Cal. Civil Code 1795.8, if a person is an Armed Forces member, the Song-Beverly Act protections may apply even if you purchased your vehicle outside of California. The member of the Armed Forces would need to show they were stationed in or a resident of California at the time they purchased the vehicle or when they filed a claim against the manufacturer.

Why should I consider an individual lemon law claim?

For many people, a class action provides them some benefits without spending any money or doing much other than complete a claim form and avoid the risk of further litigation.

However, depending upon their circumstances, some people may qualify for a complete vehicle repurchase and a much more significant refund. Some people may decide that the relief offered as part of the class action settlement is not adequate, that they do not want to wait to get relief, or that they think they will get more if they do not participate in the class action settlement.

This depends on various factors, such as how old your truck is, did you have problems with your vehicle, whether you have tried repairs and how often, do you still own the truck, whether it is still under warranty, and where you live. Depending on the answers to those questions, while there is no guarantee you will receive any recovery if you opt out, you may have the opportunity to obtain significant relief.

If you have experienced problems and attempted repair(s) with your Ford F-150 (or Expedition, Mustang, Ranger, or Lincoln Navigator) 10-speed automatic transmission (10R80), you may qualify for a lemon law claim to buy back your vehicle.

There is much to consider in deciding whether to pursue a lemon law claim. The Hanson Law Firm can help you sort through these questions and make an informed decision.

John W. Hanson, B.A., J.D., LL.M., is an attorney with twenty-five years litigation experience, with a primary focus on the lemon law and consumer class actions.