How to Handle Racial Discrimination or Oppression at Work

Can Being a Trump Supporter, Get You Fired or Not Hired 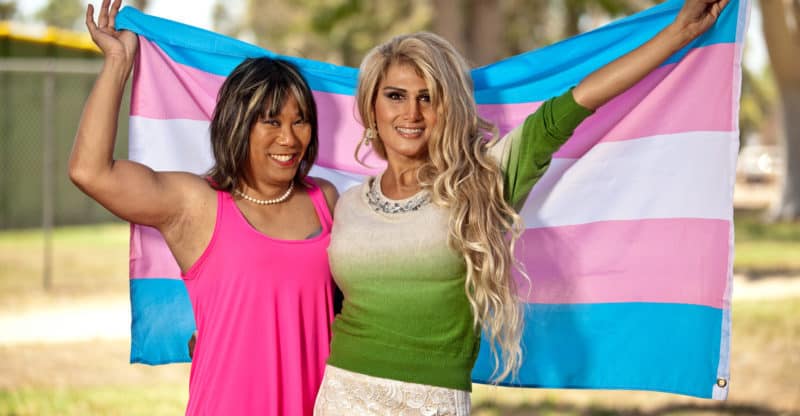 Transgender persons in the United States are facing an uphill battle. On the state level, many laws have been introduced and challenged that infringe on the rights of transgender persons. Religion plays a role in many of the “discussions” that people have over a person’s right to be transgender and the laws that apply.

Transgender rights have been in the spotlight for a few years, and the future is anyone’s guess. But if the future is anything like what we’re seeing on the state level with bathroom laws, it will be a difficult road for anyone who is transgender.

A few of the issues and advancements that will transition transgender persons to the acceptance they deserve are:

The number of homicides of transgender people reached a record high in 2015. Statistics show that 21 people were murdered in 2015, and these account for only homicides that have been verified.

As acceptance grows, the number of murders in this group will lessen, allowing for less fear for people just coming out. Many teens who are transgender have a high suicide rate, and this is expected to wane, too.

Hate Crimes Will Include Transgenders

Many laws do not include language that would be applied to transgender persons. This is a concern, as it potentially allows transgenders to be fired from their job, evicted or even turned away from a business because of their transgender association.

Pennsylvania’s Fairness Act is a step in the right direction and protects not only transgender people, but also lesbian and bisexual residents.

The state has also introduced other legislation to help protect transgender residents, including the Transgender Health Benefits Act.

What this Act did was require health insurance plans to offer cover for:

And the plan also requires the payment of all necessary procedures and medications associated with the two conditions. This will allow for transitional surgeries where necessary.

Many new initiatives, like those enacted in Pennsylvania, will be put into law and will allow transgender people to overcome many of the struggles they currently face.

Further Backlash in the Short-term

North Carolina is one state that has been against transgender acceptance. The state enacted a law that requires people to use the bathroom and dressing room associated with the gender based on their birth certificate.

The Justice Department has fought against the bill, and it violates civil rights laws, according to opponents.

The sad reality is that North Carolina isn’t the only state that is trying to put restrictions on transgender residents. Several states are watching how the North Carolina case unfolds because they want to introduce similar legislation.

Backlash against transgender rights hasn’t hit its peak yet, and this is something that will likely rise in the future.

Short-term backlash is expected. Gay marriage was opposed on a wide-scale as well as rights for gay couples. The acceptance of black individuals was also opposed greatly, and there are still many people that argue African Americans are not seen as equals when it comes to law enforcement.

But we’re seeing a surprising trend. In North Carolina, many large organizations protested the law. The NBA was vocal about the issue, and many musicians refused to play concerts in the state as a show of solidarity with transgenders.

Charlotte’s Chamber of Commerce stated that the law led to a loss of $285 million in revenue over the issue.

If money and revenue is withheld, it will spark a change from lawmakers to vote in favor of fair laws for all parties.