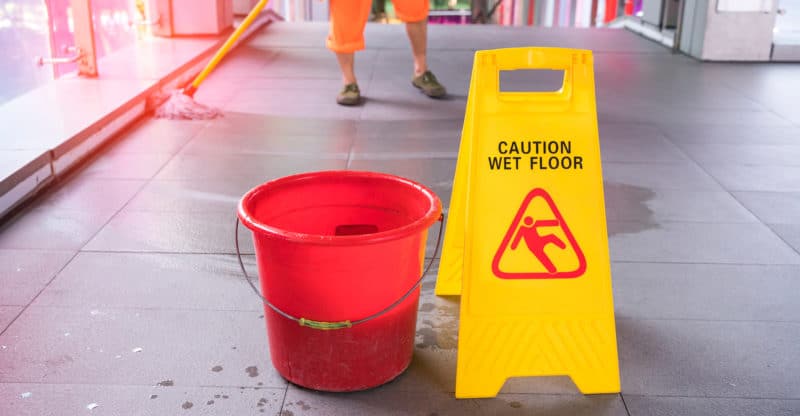 Airports, especially metropolitan locations with large amounts of daily traffic, can face unique legal challenges. Travelers are much more likely to get injured at an airport than on a plane. In fact, ramp accidents alone cost airlines an estimated $10 billion annually. The Flight Safety Foundation is now urging airports to take precautions to prevent personal injury claims.

A number of factors impact the increased likelihood of injuries, both minor and catastrophic, occurring at airports. Travelers at airports are often in a hurry—causing them to become distracted and potentially missing hazards. Travelers may be trying to manage their luggage and small children and may not notice things like spilled beverages on the floors. Trips and falls also occur at airports from damaged flooring or carpeting. Additional accidents can occur due to a malfunctioning jetway or a collision with an airport shuttle. Types of injuries frequent at an airport include sprains, broken bones, amputations, back injuries, bruises, and lacerations. Severe accidents have occurred at airports resulting in traumatic brain injuries and spinal cord injuries.

Airports are found liable in personal injury claims when the lawsuit reveals negligence on the part of the personnel or management. For instance, if a passenger gets hurt in an airport’s food court after falling due to a spill on the floor and management was aware of the spill and didn’t act, then the injured party may have a case. Another example of a potential lawsuit is when a traveler is injured when the airport fails to repair a known faulty piece of equipment. Evidence is needed to bring a lawsuit against an airport with lawyers accessing witness reports or surveillance videos.

Airports are being proactive to prevent future lawsuits. A major component of lawsuit prevention is launching employee-training programs. For instance, Ground Accident Prevention was an initiative launched in 2003 as a way to train personnel on how to stop accidents on airport ramps and taxiways. Following a strict inspection schedule is another recommendation for airports. Maintenance staff should regular check bathrooms, retail areas, baggage claims, and construction zones for potential hazards and address any issues immediately. Spills need to be cleaned up immediately with signage to warn that the area is slippery. In poor weather, the airport must remove ice and snow right away.

Injuries sustained during baggage handling have led to numerous lawsuits. Initiatives like the Revitalising Health and Safety in Air Transport have been instrumental in limiting weights of baggage to protect employees and travelers from harm.

To protect passengers and guests from injury, airport management must ensure all safety rules are followed and regular maintenance is done on all equipment. Otherwise, airlines and airports put their organizations at risk.