Involved in a Motorcycle Accident? Here’s What to Do Next 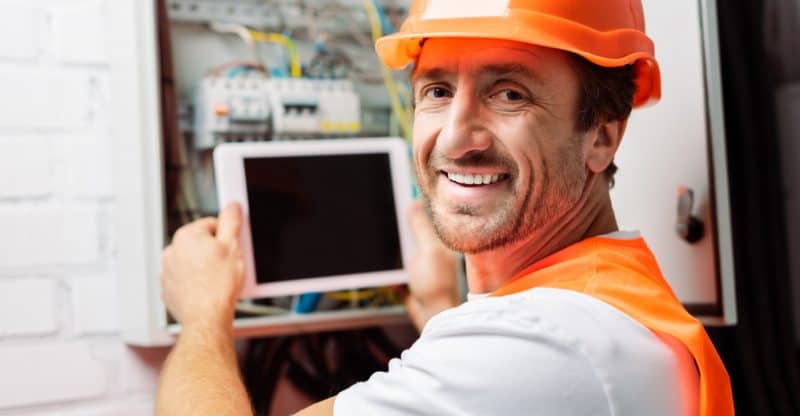 When most people think of workplace injuries, they think of construction workers. It’s true that the construction industry is the most dangerous, but injuries can happen in any work environment, including the humble office. Each year, more than 4 million workers suffer serious injuries that result in disabilities and long-term health problems.

Advancements in technology may help lower these figures. There are several projects in the works that are aimed at improving workplace safety.

Workplace safety has become the central focus of many companies, which are working on projects that may reduce the number of worker accidents.

GE Mining, which is part of GE Transportation, has unveiled its Digital Mine suite of technologies aimed at improving reliability, performance, safety and operations.

NVIDIA and Komatsu, one of the largest manufacturers of mining and construction equipment, have partnered together to use Artificial Intelligence (AI) to improve workplace safety. They created the NVIDIAJetsonAI platform, which improves on Komatsu’s SMARTCONSTRUCTION initiative rolled out in 2015.

Microsoft has unveiled its initiative to improve safety in the workplace, which includes the use of machine sensors, data capture, AI and analytics.

The Role of Wearables in Workplace Safety

When we talk about technology and workplace safety, wearables are typically the first topic to come up – and for good reason. Wearables are helping workers stay healthy, but they are also helping them stay safe.

Some wearables alert employees, supervisors and managers of potential hazards or injuries. They can track the location of workers or even keep tabs on their vital signs. Wearables can keep an eye on a worker’s physical status as well as environmental conditions and raise the alarm when conditions are dangerous.

Some companies are now equipping their workers with what’s called exoskeletons. These exoskeletons support the body, which allows employees to avoid strain and conserve their energy. The wearable technology can also transfer the weight of heavy loads to different muscles or even the ground.

Augmented and virtual reality can also improve a worker’s perception. Workers can wear smart glasses which overlay contextually relevant information, such as explanations or instructions. This information appears right in the worker’s field of view, eliminating the need to stop work and check a reference. Efficiency is greatly improved, but safety is also improved, as the instructions help reduce the instances of human error.

Wearables are playing a significant role in workplace safety, and the industry is sure to expand to include more applications in the future.