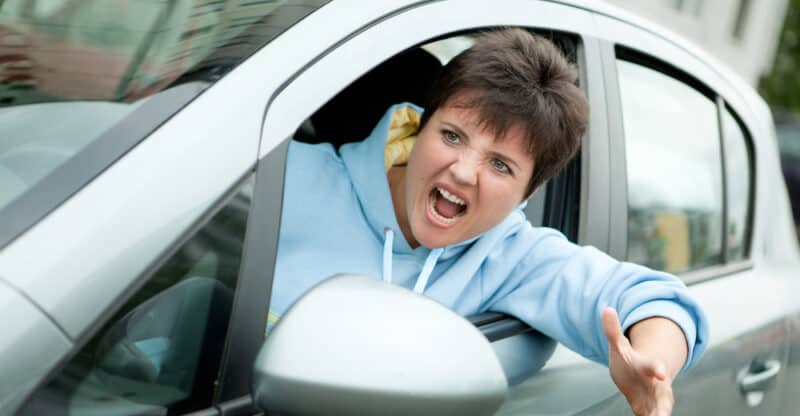 Whether we have had it impact us directly or not, “road rage” is a genuine problem for motorists worldwide. It happens when a driver not only gets extremely angry but starts acting aggressively toward other motorists.

Road rage can be using rude gestures, yelling obscenities, driving dangerously, or even engaging in acts of violence. The more stressful the situation, the more likely it that someone will exhibit road rage.

Some helpful tips can keep you from losing your cool if you find yourself quick to aggravation and anger when behind the wheel. Follow these tips, and you will find yourself better prepared for the busy holiday roadways.

Part of what leads to road rage is the congestion of roadways. Traffic builds up, things come to a grinding halt, and it can become too easy to get frustrated with the situation. It can be incredibly frustrating to run into congested traffic when you are in a hurry.

A great way to avoid road rage is by planning. Check out local traffic and weather reports. Try leaving a little earlier than you may have otherwise to give yourself a buffer for getting there on time. Even if you arrive at your destination earlier, you can avoid some stresses of being out on the road.

To begin with, part of what helps to avoid road rage is acknowledging that it is a possibility. When you recognize this as a possibility within yourself, you can emotionally and mentally prepare yourself. Of course, it may not stop the rage from happening, but it can mean potentially responding in a better way than you would have otherwise.

Planning isn’t perfect, and issues can arise all the time. But by planning, you can ensure that you have enough time to get to your destination while also giving yourself the mental preparation to face the congested roadways.

Support Yourself with Self-Talk

Sometimes, there is no avoiding the stress and anger that comes with being on the roadways. After all, there are plenty of other motorists who will do things that we deem to be “stupid” or unsafe that make us feel angry.

What results is more anger and frustration. It means not calming down but instead remaining angry. It can also mean doing things that are either irrational or dangerous. These all work to raise your stress level, whether that is giving the person a rude hand gesture, getting on their tail, cutting them off, or something else.

Talk to yourself when these things happen. Remind yourself of the dangers of driving angry and how it can make you feel. It can be more complex than you may realize, but you can let those issues roll off your back with practice and time.

Try Not to Personalize

When something happens on the roadway, it is too easy to feel like those actions were directed at us specifically. Someone cutting us off or driving slower than we would like can feel like they are doing it specifically to us.

But the unfortunate thing is that many of these instances are just because some drivers are naturally reckless. They were going to drive that way whether you were on the road. So trying to remember that can mean the difference between remaining calm and letting the anger get the best of you.

Unless you did something to anger the other driver, why would they be targeting you specifically? Sure, some people like that, but for the most part, it is just an unfortunate incident.