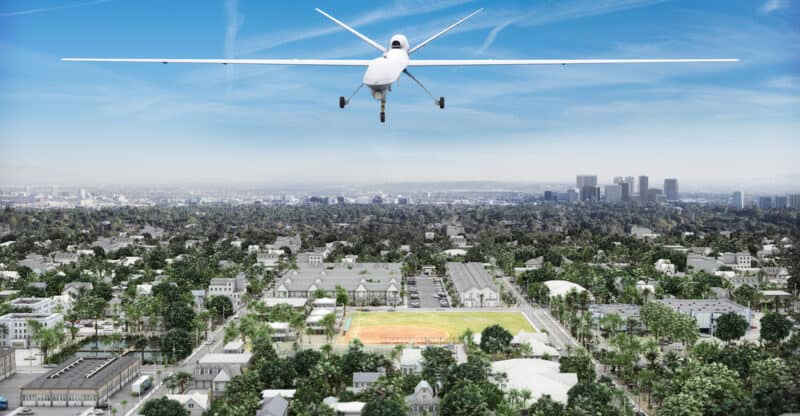 Most citizens depend on modern technology for work, entertainment, and shopping. Smartphones, drones, and social media platforms are used daily by hundreds of millions of people. Unfortunately, law enforcement and the government also use these same technologies, which raises red flags for potential civil rights violations.

What Are Civil Liberties?

The First Amendment protects your freedom of speech and the right to assemble, among other liberties, peaceably. The Fourth Amendment protects against unreasonable searches and seizures. Allowing law enforcement to use video drones and other modern technologies may violate your constitutional rights under these two amendments.

Can Law Enforcement Use Drones for Surveillance?

Most states do not restrict the use of aerial drones for law enforcement activities. A 2020 report found that at least 1578 local and state public safety agencies in the US use video drones.

Video drones became widely available to consumers in the early 2010s. As a result, a handful of local jurisdictions preemptively banned law enforcement from using drones. However, in 2016, the Federal Aviation Administration (FAA) passed the Small Unmanned Aircraft Rule (Part 107), which allowed citizens to operate drones in unrestricted airspace.

After the Part 107 rule, police agencies around the country started purchasing and using video drones. The FAA refused to get involved in restricting the use of drones by law enforcement. There are also no restrictions on drones by the Federal Government agencies, such as the FBI or Department of Homeland Security.

Local and state public safety agencies also operate drones without restrictions in many states. Only 18 states currently have laws requiring police to obtain a warrant to use drones for surveillance on private citizens.

The drones are essentially regulated the same as other surveillance devices, such as:

As only 18 states require search warrants to use video drones for spying on citizens, the next step is to encourage regulations in the remaining 32 states. The American Civil Liberties Union (ACLU) is also actively engaged in efforts to limit government surveillance. The ACLU works with citizens and policymakers to advocate for stricter laws.

What Type of Data Can the Government Collect?

Along with aerial surveillance, the government and law enforcement agencies use various technologies to collect data on citizens. The use of some of the following technologies may also violate civil liberties:

The National Security Agency (NSA) and other government agencies use these technologies to monitor the public with limited oversight and accountability. For example, the NSA likely maintains a record of all telephone calls made in the US.

At least nine of the biggest tech companies also cooperate with the US government to supply user data. The government may collect emails, instant messages, and social media posts that are not shared publicly.

Local and state agencies may also gain access to some of this data. For example, Google and other tech companies frequently comply with requests from law enforcement agencies to obtain cell phone data and GPS data. The government and police agencies also use facial recognition, biometrics, and DNA information to narrow their search for suspects quickly.

Banning technologies is the only way to completely stop the government and law enforcement agencies from using technologies to push the boundaries of civil liberties. However, bans are not a realistic solution. Instead, many privacy advocates are pushing for laws that would require warrants before using certain technologies.

Requiring a warrant before an agency gains access to private social media posts, messages, or emails would protect the constitutional rights of citizens. Warrants are also practical for law enforcement agencies, as they already require warrants to carry out activities that would otherwise violate a citizen’s civil rights.

In the end, lobbying policymakers and holding agencies accountable are likely two of the most reasonable paths for limiting the use of technologies to spy on the public.