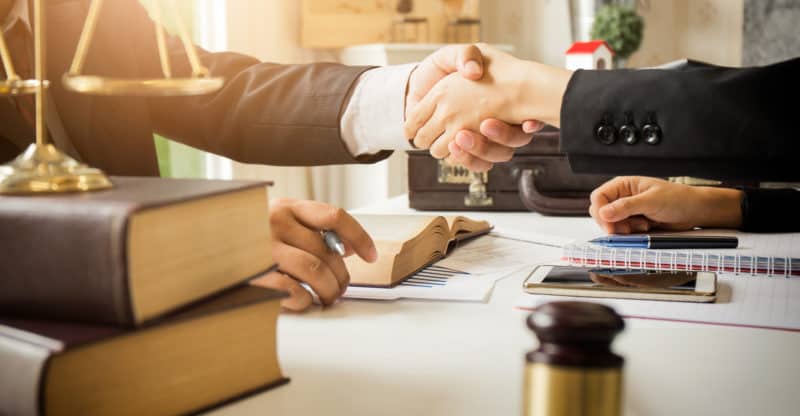 An asbestos trial against Ameron International Corporation in Madison County, Illinois ended in a settlement after the jury deliberated for two days.

The trial, which began September 13, involved plaintiff Harold Schaberg. Schaberg, who is now deceased, worked as an insulator for 30 years at Clark Oil, Shell Oil Company, Amoco, Wood River Powerhouse and other locations.

The plaintiff alleged that he developed mesothelioma in 2015 after extensive exposure to asbestos. He filed the lawsuit in March 2016 and died the following month.

Ameron International was the only defendant named in the trial. Schaberg claims to have been exposed to asbestos through the company’s Bond Strip piping, which was a fiberglass pipe outfitted with a layer of encapsulated asbestos.

Ameron’s attorney filed a motion to continue the trial on September 24 after the company’s medical expert was unable to attend court due to illness. The expert was advised by her doctors not to travel, and her illness prevented her from being able to give her testimony.

No details were given on the expert’s condition, but she was slated to give testimony on September 24. The docket included a note that Ameron’s witness had failed to show.

According to the expert’s written report, Schaberg went to the emergency room in September 2015. A chest film revealed that he had developed a “rounded density in the right hemithorax in addition to previously noted bilateral calcified pleural plaques consistent with his history of amphibole asbestos exposure as a career insulator.”

The expert concluded that Schaberg died due to “a combination of effects” from a variety of health issues, including chronic renal failure, calorie-protein malnutrition, malignant pleural mesothelioma and a host of other conditions.

She added that even if the plaintiff had not had pleural mesothelioma, his prognosis for survival past the age of 84 was “extremely guarded” due to his other medical conditions, particularly his “renal failure.”