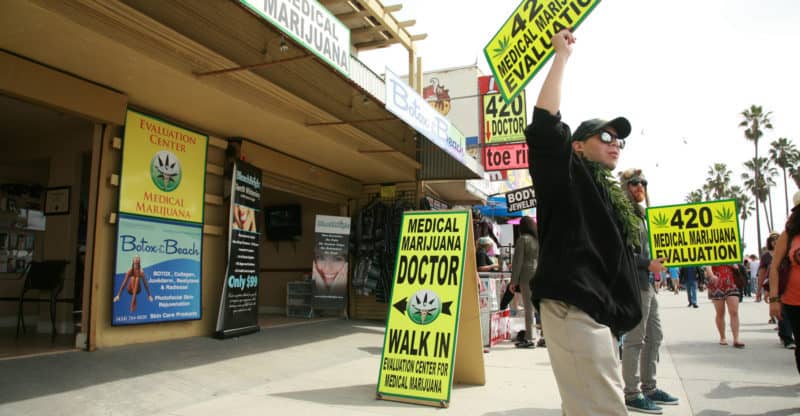 A total of 25 states and the District of Columbia have legalized marijuana in some form. With nine more states having marijuana initiatives on their ballots – Arizona, California, Maine, Massachusetts, Nevada, Arkansas, Florida, Montana and North Dakota – voters and onlookers wonder how marijuana legislation has impacted the lives of Americans.

There’s no better state to answer this question than Colorado, which legalized marijuana outright for people over the age of 21.

With Massachusetts voters mulling over its own marijuana initiative, the Boston Globe asked Colorado Senate President Bill Cadman whether legalization has been a boon or bane for the state. “Yes” was his response.

Thus far, top officials say, there have been no widely felt negative effects of legalization. And the clusters of retail stores, cultivators and manufacturers have brought money into the state’s economy.

Since marijuana became legal in January 2014, the state of Colorado has added thousands of new jobs in the industry and generated $135 million.

But it hasn’t been all rainbows and butterflies, particularly for law enforcement, who say they have struggled to enforce drugged driving laws associated with marijuana use. Officials also worry that like big tobacco, the industry will try to side-step legislation and attempt to lure in new users through advertising.

Those fears, however, may be unwarranted, as new survey data showed that marijuana use among Colorado teens has remained virtually unchanged since the state voted to legalize marijuana in 2012.

The survey, conducted by the state’s Department of Public Health and Environment, showed that 21% of Colorado teens had used marijuana within the last 30 days. That figure was slightly lower than the national average and lower than the 25% of teens that used marijuana in 2009 before the state legalized the drug.

In a press release, the department said, “Marijuana use has not increased since legalization, with four out of five high school students continuing to say they don’t use marijuana, even occasionally.”

In Colorado, marijuana is heavily regulated. Every plant that is sold must be tagged with a chip starting at an early age, and that tag stays on the plant until it’s sold. The chip allows the state to track the plant and ensure regulations are being followed.

Marijuana, whether it’s in plant form or infused into products, must be tested for contaminants and potency, and sold in childproof containers.

And while recreational use of the drug is legal for adults over the age of 21, no individual can possess more than one ounce at a time. Only medical marijuana patients may possess more than this amount at one time.

In November 2015, a survey of Colorado voters showed that 53% believed legalization was a good thing for the state, while 39% believed it was bad.

But that hasn’t stopped the industry from flourishing. Last year, Colorado generated $135 million in tax and free revenue from the marijuana industry. Much of that money has gone to education for young adults and for enforcement of marijuana laws.

One negative side effect of marijuana legalization is an uptick in reports of children admitted to the ER for accidental ingestion of marijuana-infused edibles.

The primary concern for officials and those who oppose legalization is the effect it will have on children as marijuana becomes a part of normal, everyday life.

Thus far, though, the marijuana industry is running smoothly in the state of Colorado. The sky hasn’t fallen, teens aren’t smoking any more pot than they were before, and the state has filled its coffers. Whether or not their system is a success is a question that will likely take five to ten years to answer.