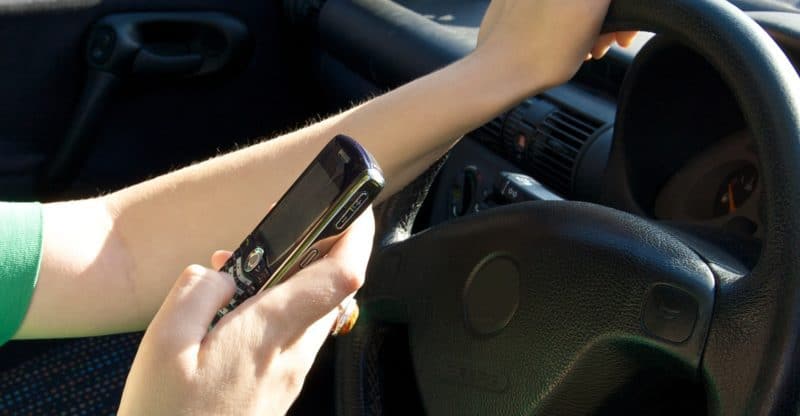 Two new driving laws are now in effect in Arkansas: one that fines drivers for texting and driving, and one that boosts the speed limit on some state highways.

The state’s texting and driving law went into effect on July 31, which fines drivers for texting while behind the wheel.

Known as Paul’s Law, Arkansas law enforcement is hoping that stricter consequences will help crack down on texting while driving.

“The top cause of accidents on the road now is driving while distracted,” says Zappettini Bradley Law Firm. “Statistically, it’s the number one cause of car accidents today, and between drinking and eating, using a cell phone or turning up the radio – these are all examples of distracted driving that often leads to worse.”

Along with the texting and driving law, another new law also went into effect on Tuesday which raises the speed limit on some major highways to 75 mph.

While the law is officially in effect, local law enforcement says engineers are still studying traffic patterns and road designs to determine whether the state is ready for such a speed limit increase. There is a chance that, despite the law, no parts of the state’s 16,432 miles of highway can handle that high of a speed.

“We have to take each of the highways individually, take into account the terrain, the volume of tractor-trailer traffic … the population through which the highway is running, rural vs. non-rural,” said Danny Straessle, spokesman for the Department of Transportation.

Those against the law argue that drivers will still exceed the speed limit, which will cause many to drive at 80 mph or faster. This reasoning is why Representative Andy Mayberry chose to vote against the speed increase.

The bill passed through the House 92-1 and the Senate 34-0. Governor Asa Hutchinson allowed the bill to go into law without his signature.

Last year, the Insurance Institute for Highway Safety released data that showed there’s an 8% increase in traffic fatalities for every 5 mph increase in the speed limit on highways and freeways.

“When you raise the speed limits, people drive faster and you see more serious crashes and you see more deaths,” said Chuck Farmer, vice president of research at the institute. “I understand you are trying to allow people to get where they want to get faster, but there is a trade-off. Some people aren’t going to make it. They are going to die.”

Speed limits have been steadily increasing over the last few decades. The speed limit was 55 mph in the 1970s, but Congress repealed the limit in the 1990s. In the years since then, 38 states have increased speed limits to 70 mph or higher.

Arkansas police remind drivers that they still cannot drive faster than 70 mph unless they see a 75 mph speed limit sign.

The speed limit increase comes just ahead of the state’s plan to close lanes on Highway 70. Crews will be installing barrier walls, which will close down the eastbound lane for two hours a day.