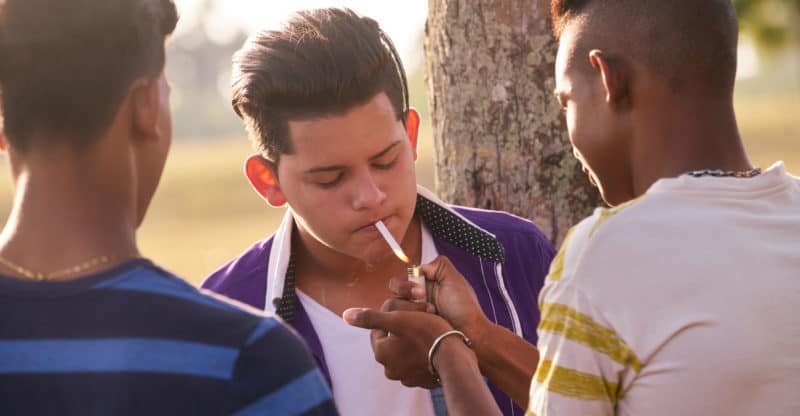 Oregon Governor Kate Brown signed into law a bill that raises the legal smoking age to 21 in the state. The law, which will go into effect on January 1, will also include the purchasing of vape pens.

Violators who sell tobacco or vape products to anyone under the age of 21 may be fined.

Oregon is the fifth state to raise the legal smoking age to 21. The state follows in the footsteps of California, New Jersey, Maine and Hawaii.

The goal of raising the smoking age, lawmakers say, is to prevent young people from forming unhealthy habits and curb addiction to nicotine.

Those in favor of the law say raising the legal smoking age will help prevent teens from smoking.

“If we can avoid addiction setting in at this younger age, we are less likely to see people start to become addicted to a substance that can have lifelong ill-effects on health,” says Angie Gerard, head of Malheur County Health Department.

The Oregon National Guard and the Oregon Military Department also expressed their support for the bill, which they say will reduce healthcare costs, help keep soldiers and airmen healthy, and help people save money they would otherwise spend on tobacco products.

Critics of the legislation question why 18-year-olds can fight for their country, but can’t buy cigarettes or alcohol. Some believe the law will have little impact on addiction and teen smoking.

Anyone caught selling tobacco or vape products to people under the age of 21 will face a fine of up to $50. The fine can increase from $250 to $500, depending on who authorized the sale and the circumstances of the violation. Business owners who sell to people under 21 may face an even higher fine of $500 to $1,000.