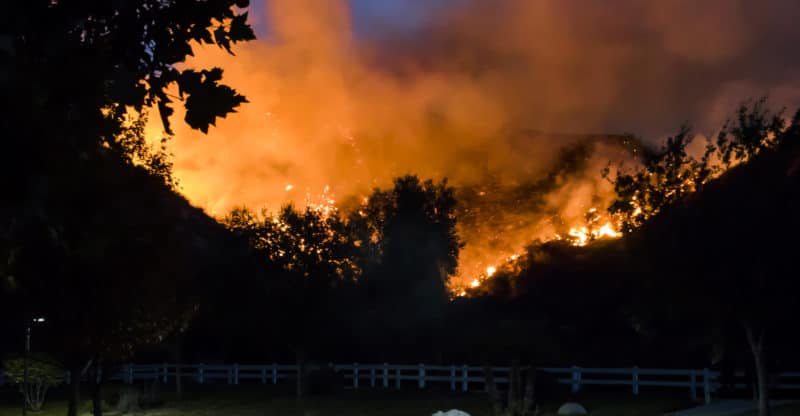 PG&E (Pacific Gas and Electric) was hit with dozens of lawsuits from insurance companies in connection to the company’s role in the wildfires that decimated the North Bay wine country.

The lawsuit is seeking compensation for wrongful deaths, personal injuries and property damage suffered by customers of the insurance companies.

The fires were among the most destructive in California’s history, with an estimated 172 fires reported in October. The blazes destroyed 8,700 structures, killed 44 people and scorched 245,000 acres.

The insurance costs related to the fires are estimated to be at least $9.4 billion.

PG&E spokeswoman Ari Vanrenen said the company is aware of the lawsuits, but says there has been “no determination of the causes of the fires.”

The director of the state’s Department of Forestry and Fire Protection, Ken Pimlott, told a Senate panel back in January that investigators hoped to start announcing the causes of at least one of the 18 major fires.

Prior to the October fire outbreak, PG&E became a convicted felon for crimes the company committed before and after a natural gas explosion in 2010. The explosion killed eight people and destroyed a neighborhood in San Bruno.

PG&E isn’t the only company being hit with lawsuits over the October wildfires. The lawsuit against Villa Capri, a senior living care center, is expanding, with 13 more plaintiffs joining the case. The lawsuit claims that the facility’s staff members abandoned at least a third of the 70 residents as the fire plowed through the area. The plaintiffs say they managed to escape with the help of family members before the facility burned to the ground.

No residents of the facility died in the fire. Three of the plaintiffs, all in their 80s and 90s, have died since the fire outbreak. The lawsuit claims that their deaths were hastened by the trauma. They claim the trauma was a result of the company’s alleged failure to evacuate residents.