Pros and Cons of Filing a Personal Injury Lawsuit in California 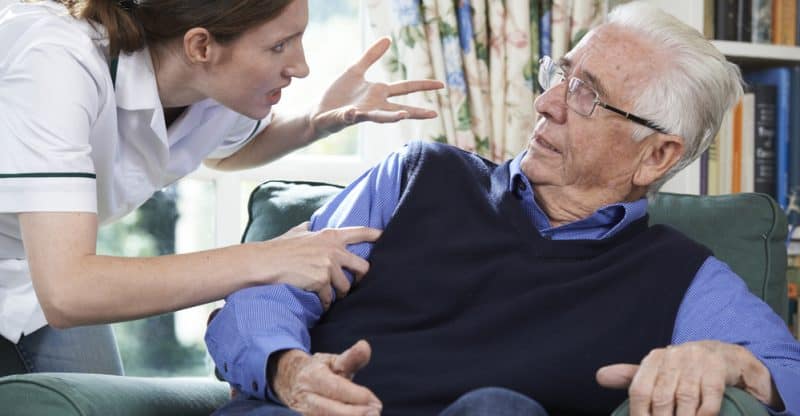 The study included over 1,100 people over the age of 60 who were seen in five Chicago hospitals between 2007 and 2011 for health conditions related to poor care.

Those living in private homes, the study found, had fewer of these problems compared to any type of nursing home.

Friedman says more oversight is needed in nursing homes as well as improved reporting and screening of suspected neglect.

Incidents of abuse among the elderly often go unreported, as seniors fear retaliation. About 60% of residents living in long-term care centers have no loved ones or relatives to check in on them. And only 20% of cases of self-neglect, abuse and exploitations are reported. Nearly 80% of residents that report abuse in long-term care centers fear retaliation from the staff.

More cases of abuse and neglect have been coming to light in the media. A controversial photo was recently posted on Facebook that shows a woman sitting in her own vomit.

A visitor to the nursing home had posted the photo and claimed the woman had been sitting in her own throw up for hours. The family had not seen the photo until it was posted on Facebook and had gone viral.

News 4 San Antonio looked into the facility, Legend Oaks, and found that the home had 13 violations in their last inspection.

In a separate story that went viral, a shocking video sparked abuse allegations at another nursing home. The video shows the abuse and humiliation of a man who survived a stroke. The man’s face is not seen for privacy purposes, but depicts him holding his adult diaper after being coerced by at least six staff members.

The facility made headlines in 2015 when it was ruled that a patient’s death was a homicide.