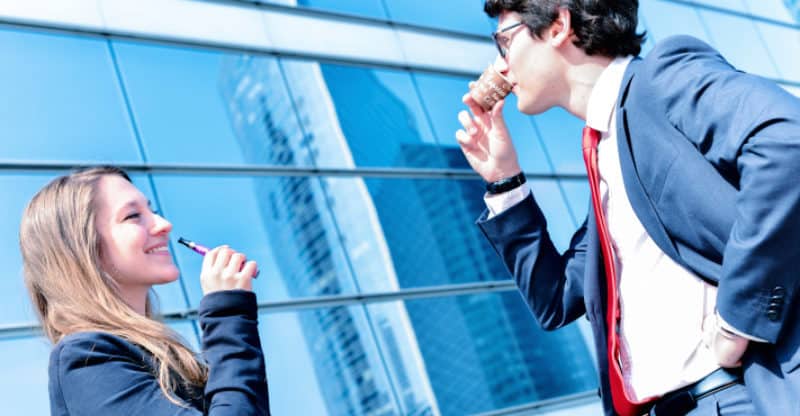 A 24-year-old man from Fort Worth, Texas died after an e-cigarette exploded in his mouth and severed a carotid artery, causing a stroke.

The Tarrant County Medical Examiner listed his cause of death as “cerebral infarction and herniation.” The debris from the exploding vaporizer dissected his carotid artery, according to a report from TIME.

The incident occurred in the parking lot of a vape shop. The shop managers said the man, William Brown, did not purchase anything. He was looking for assistance on how to use a Mechanical Mod vape pen. The manager called an ambulance when he saw Brown struggling in the parking lot.

The cause of the malfunction, according to Tarrant County investigators, was a defective battery.

Brown was taken to a nearby hospital, where he was put into a medically induced coma. According to his family, the doctors at JPS Patient Care Pavilion knew there was a piece of the e-cigarette lodged in his throat, but never operated on him to remove it.

“That three-piece thing went into his throat and stayed there, and that’s what (doctors) should have taken out as soon as they got to the hospital, and they decided to wait until Monday or Tuesday,” she told CBS.

JPS Health Network expressed its condolences to the family in a statement, but would not comment on his death. JPS says it will be reviewing all that transpired and will take the family’s concerns seriously.

The Centers for Disease Control and Prevention (CDC) says defective e-cigarette batteries have caused explosions and fires. But the agency says most explosions occur when the battery is being charged.

The Food and Drug Administration (FDA) reports that between January 2009 and December 2016, there were 195 separate incidents of fire and explosion involving e-cigarettes. The incidents resulted in more than 130 acute injuries, many of which were severe.