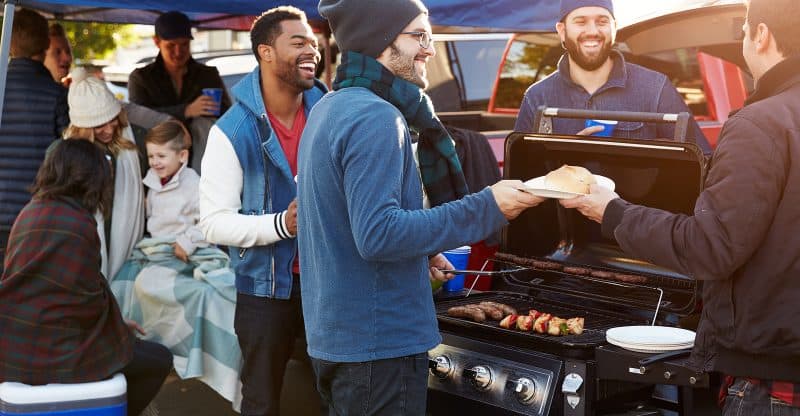 Rivalries make tailgating a fun, exciting event for attendees of sporting events. Attendees will be face-to-face with other fans and rivals, all enjoying their time outside before the big game. But tailgating can quickly turn dangerous as rivalries intensify.

Ole Miss experienced a tailgate fight at an Alabama game. Fans started to brawl before the two teams kicked off. Videos of the fight surfaced on social media, with a lot of people claiming that fights during a tailgating party tarnishes the fun of the tailgating culture.

Jokes and jabs against rivals are common, but when these jabs and jokes lead to fights, it can be dangerous for all attendees.

Factors That Lead to Violence

Tailgating often involves alcohol consumption, and this is one of the key attributing factors to tailgating dangers. Parking lot scuffles and brawls often include at least one person that is or was drinking alcohol.

The person’s judgment may be altered, and this leads to violent scuffles.

“Other factors can include inadequate separation of supporters from each team, and improper supervision of activities taking place on the premises,” explains Steinberg Goodman & Kalish.

Other factors can include:

A small, one-on-one brawl can often lead to an all-out brawl among fans with dozens of people involved. Risk of injury or even death grows as more fans engage in violence.

Common injuries that are experienced include:

What Happens if a Brawl Breaks Out?

Tailgating can be dangerous, and if the incident does escalate and lead to the point where someone is injured, responsibility may be hard to determine. Why?

Sports stars and staff are often provided with enough security to ensure their protection, but fans are left with much less protection, especially when tailgating.

Venues do have a responsibility to determine where hotspots for altercations may exist. It may be found that the parking lot, where the two teams are closest, may be the hotspot for a fight. Adding security to the area or providing some form of separation to keep fans on their own side of the parking lot may be enough to stop a potential fight from breaking out.

Monitoring may also be put in place as a way to help stop a fight that has broken out.

Verbal agreements can quickly turn physical, and this is when monitoring is useful. Proper monitoring can help to deescalate a situation, removing anyone that is engaging in verbal or physical abuse.

A general rule of thumb for anyone that is tailgating is to keep verbal jabs to a minimum, and walk away from altercations rather than engaging in violence. Everyone is trying to have a good time, and if a person is under the influence of alcohol, there’s a higher risk that a verbal disagreement will turn into a physical altercation.