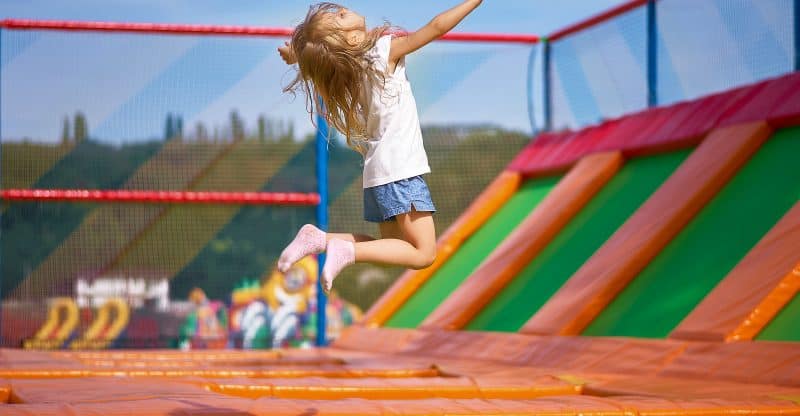 Jumping sky high, performing tricks mid-air, tumbling with friends: the many functions of a trampoline all wrap up into one of the more popular youth activities. While many families position 10-to-20-foot round trampolines in their own backyards, thousands of others head to trampoline parks around the country to take advantage of cavernous indoor spaces designed to help participants achieve the biggest jumps and most daredevil stunts. This turns out to be a good time for all…until tragedy strikes.

That was the case in a recent Odessa accident, where a 13-year-old boy simply having a fun day bouncing with his friends wound up fracturing two separate bones in his right leg while using the foam pit in the Altitude Trampoline Park. This child’s injury highlights both the inherent risk involved in trampoline jumping as well as the negligence practiced by some trampoline parks in providing ill-designed activity spaces for their patrons. At Altitude Trampoline Park, the foam pit was designed, per industry standards, to have a trampoline beneath the ball pit. Instead, the injured child encountered the hard surface that lead to his bones breaking.

The family filed suit against Altitude Trampoline Park, seeking $1 million in damages in this personal injury case. The website of Attorney Bogdan Martinovich sees this type of situation as a premises liability case, explaining “if you are injured in an accident on another person’s property because the conditions of the property were unsafe or dangerous,” the parties may have a case. He continues, “In a legal action, the plaintiff must show that the defendant either knew of the hazard on his/her property or should have known of the hazard.” In the case of this Odessa youth, a clear path to liability can be seen, as the Altitude Trampoline Park failed to follow industry standards in preparing the surface beneath its foam pit. Most trampoline parks do have consumers sign liability releases prior to jumping, but those can be challenged in court if a premises owner knowingly commits a violation.

Throughout the country, news reports show a pattern of injuries emerging at trampoline parks in various states. These often result in lawsuits as families seek both to recover damages to cover costs experienced in addressing injuries as well as punitive funds to force trampoline parks to observe higher standards of operation. Children get their feet caught in coils, fall too hard on the trampoline surfaces, penetrate to subsurfaces and collide with other jumpers regularly. Parents can help mitigate injuries by instructing children on appropriate jumping habits or migrating to less dangerous youth pursuits.