4 Signs You Need to Speak with a Wrongful Death Lawyer

10 Biggest Sex Abuse Settlements In The History of The U.S. 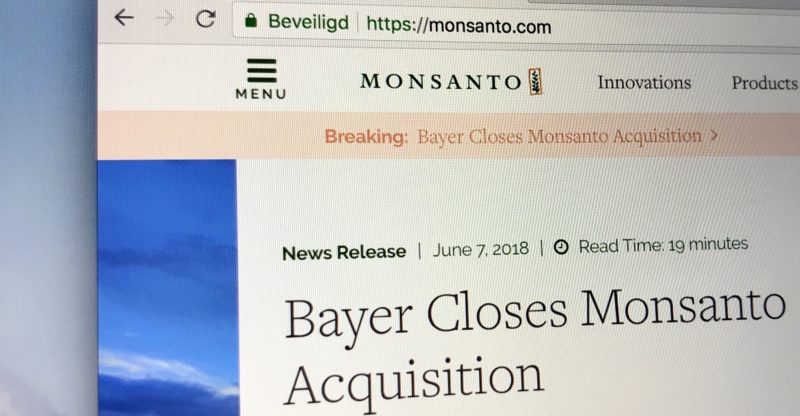 Bayer denies allegations that glyphosate causes cancer. The company says there are decades of independent studies that have proven the chemical to be safe. Roundup is the most widely used herbicide in the world.

Chhabria permitted plaintiffs to introduce evidence of the company’s alleged attempt to ghostwrite studies and influence findings of regulators and scientists during the first phase of the upcoming trials.

Chhabria’s decision comes after another order on January 3, in which he restricted evidence of corporate misconduct.

Monsanto, owned by Bayer, said much of that evidence was merely a distraction from the scientific evidence. But lawyers for the plaintiffs argued that some of the evidence of corporate misconduct was linked to their scientific claims.

In the case of corporate misconduct, Chhabria was in agreement with Monsanto, but the judge sided with the plaintiffs regarding the company’s alleged attempt to ghostwrite studies.

Chhabria’s order would only allow that evidence if glyphosate was found to be the cause of plaintiff Edwin Hardeman’s cancer and that the trial proceeded to its second phase to determine liability.

The judge’s order applies to Hardeman’s case as well as two other upcoming cases. Hardeman’s trial is slated to begin on February 25.

Chhabria will oversee approximately 620 other Roundup cases out of more than 9,300 across the country.

The plaintiffs’ lawyers believe the evidence of corporate misconduct played a big role in the jury’s decision to award another plaintiff $289 million in a similar case. That award was later reduced to $78 million and is currently under appeal.