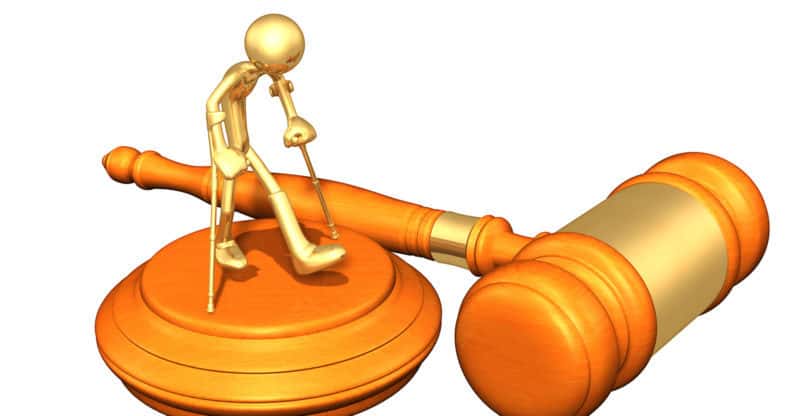 Knowing when you need a personal injury lawyer comes from the understanding that something has happened and you need it to be dealt with. Accidents happen, it’s true, but you shouldn’t be the one to suffer because those accidents occurred. According to Duhaime’s Law Dictionary, personal injury may be considered either physical or emotional, depending on the impact of the individual in question. While not every single accident may require a lawyer’s intervention, there are a few pertinent situations where having a lawyer is better than leaving it uncontested.

NOLO notes that pain and suffering can be both physical as well as mental. Psychological trauma is an expected fallout to an accident occurring, and sometimes the result from these situations can lead to immense suffering for the victim. While physical damage might occur, emotional trauma is an entirely different matter and can linger for years, even decades after the initial event happening. Additionally, emotional distress can be caused if you lose a loved one that was close to you. Spouses of victims that were injured or killed in an accident are the most common sufferers of this sort of emotional distress.

Accident Makes It Impossible to Work

If an accident occurs and the victim is rendered unable to perform the job they have been trained for, then the person liable is at fault. Being hospitalized for a certain amount of time may lead to an employer thinking it best to terminate your services in favor of someone who can perform the job at hand. The loss of income counts as damages that you can reclaim in a suit against the person who caused the accident in the first place. Furthermore, if the accident forces you to change the way you live your life, such as having to have accessibility options installed into a vehicle or home, then these too count as something that can be addressed in a suit.

Injuries to Your Body

Accidents sometimes involve serious bodily harm which may be difficult to deal with from a medical perspective. It should be understood that, as explained by the Ashmore Law Firm, personal injury and bodily harm are two distinct terms as one refers to the coverage of medical or funeral bills and the other relates to actual damage done to you. Insurance firms usually have clauses written into their coverage for accidents that cover personal injury, but bodily harm done to someone else via an accidental occurrence is a valid suit to be brought. Usually, consulting a lawyer will allow you to figure out whether your injuries qualify to carry the other party or parties to court for compensation. Medical bills associated with damages resulting from an accident can be expensive, and these present a cause for taking the other party or parties to court.

The Inability of the Insurance to Treat with You

Insurance is a gamble as to whether something will happen, but most of the time, those companies are betting that it won’t happen. Accidents are unplanned occurrences that could cause the company to lose money because they never expected to have to cover a claim. This can sometimes lead to insurance companies being unwilling to pay up and even sidestepping some of their own legal standards set by car accident lawyers to avoid paying the customer what is due. In such cases, they are at fault, and the client is well within their rights to leverage the agreement that they signed with the company to seek redress in a court of law.

Be Wary of Conflicting Reports

The insurance company generates a report that may or may not tally with the official police report of an incident. If this occurs, then it can lead to an insurance company deciding not to pay the client because the statements don’t match. This is a strange situation that requires the expertise of a lawyer to negotiate since it can be difficult for a client even to know what’s happening. Many times the settlement is a lot smaller than the initial expectation if the insurance companies even settle at all. The skill of the lawyer plays a big part in how much the insurance company decides on.

Accidents are nothing to laugh at, and while you may have a valid suit to be brought against someone causing the problem, you need to make sure your injuries are appropriately stabilized before anything else. Once you’ve managed that, you should consult a skilled lawyer about drafting a strategy for treating with the other parties involved in the accident. Insurance companies might not have their clients’ best interests at heart, so it is advised that you retain your own lawyer if an accident occurs. Doing so will ensure that you have representation in case you need it, as well as allowing you a private professional who is looking into what’s best for you.