How to Prepare for A Sexual Harassment Case Against Your Company 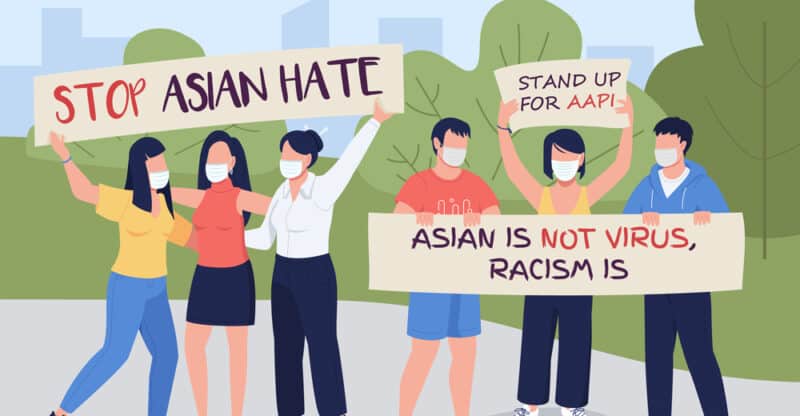 According to psychologists, hate crimes are an unfortunate human tendency in times of trouble. At any given stage, we see hate crimes against certain groups of people. According to NPR, the FBI hate crimes report for 2020 reports 7,759 criminal incidents and 10,532 related offenses.

As per the agencies that report offenses to the agency, 62.9% of victims are targeted because of race, ethnicity, and ancestry bias. In addition, the number of people victimized for sexual orientation bias was 20.5%, 13.4% because of religious bigotry.

The highest level in over a decade

In a recent report, BBC News showed that these figures for hate crimes committed in 2019 are at the highest level in the country since the 7,783 bias incidents recorded in 2008. More than any other group, these crimes are mostly aimed at Blacks or African Americans, even though there was a slight drop from 1,943 to 1,930 incidents. Compared to 48.5% aimed at Blacks, 15.7% of anti-White violence is aimed at Hispanics.

Most recently, President Joe Biden addressed the nation about the country’s vaccine goals. At the same time, he also issued a special message about anti-Asian racial acts. Unfortunately, a 75-year-old Asian American, Pak Ho, died after suffering severe head injuries after being punched in Oakland, California. Although the victim is another one in a growing number of Asians targeted in what many believe is a hatred spurred on by the virus, others again put this type of attack down to plain racism.

Positive measures are needed to stop hate crimes against all groups of Americans. According to research by psychologists, people tend to want to protect their own during times of trouble. For example, in the aftermath of the 2001 attacks on the Twin Towers and the Pentagon, Arab Americans were suddenly targeted.

The previous president recently used terms that caused Asian Americans to bear the brunt of unempathetic behavior thanks to the use of words like “Kung Flu” and “China Virus” to describe COVID-19.

This type of prejudice leads to certain groups feeling devalued, but according to psychologists, the motivation is to be found in more than just hate. Instead, they believe anger, fear, and ignorance are most often the cause behind bias incidents.

The American Psychological Association believes there are several ways to combat the prevalence of hate crimes. Besides law enforcement and policymaking, researchers, clinicians, and teachers can help reduce the number of incidents and relieve the effects on victims.

Some of the policies and programs already in place that can help with prevention or intervention include the Hate Crimes Prevention Act. However, this program needs more support in its implementation.

A lack of funding is another issue that needs addressing. The Department of Justice’s Civil Rights Division, the Office for Victims of Crime, and the Community Relations Service are both bodies that can benefit from bigger budgets to help curb incidents and support victims.

Hate crime laws in some states are lacking, while in others, they need strengthening. In addition, legislation often fails to incorporate all the types of hate crimes. The APA indicates race, religion, ethnicity/national origin, sexual orientation, gender, gender identity, and disability.

Communities and law enforcement campaigns are built at uniting people, and everyone needs to be aware of the values of inclusion.

During his speech in March 2021, the President said it best: “Too often, we’ve turned against one another. Instead of working with each other, we’ve seen vicious hate crimes against Asian Americans. It’s wrong. It’s un-American. And it must stop.”