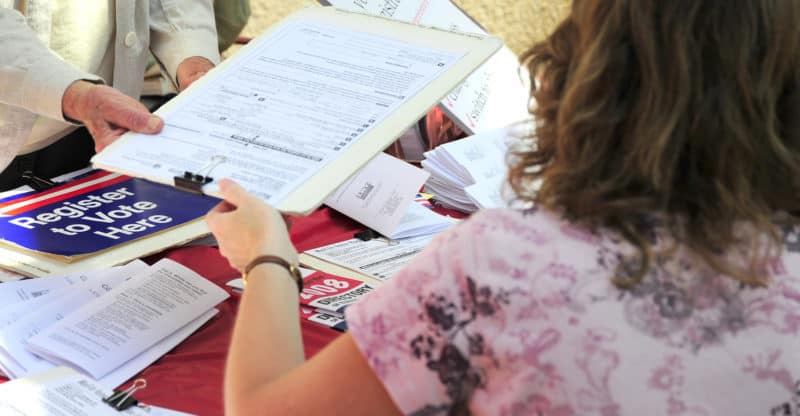 When legislators introduced Wisconsin’s voter ID Law, residents were told the bill would do no harm.

“Not a single voter in this state will be disenfranchised by the ID law,” said Senator Mary Lazich.

In 2016, the first presidential election under the new law proved Lazich wrong.

A study from Priorities USA, shared with The Nation, shows the state’s voter ID law led a significant decrease in voter turnout at the 2016 presidential election. African Americans and Democrats, the study showed, were impacted the most by the law.

According to the analysis, the voter ID law in Wisconsin reduced the turnout by 200,000. President Trump won Wisconsin by just 22,748 votes.

Some estimate that nearly 300,000 eligible voters lack the proper photo ID to vote, but it is still unknown how many people did not vote because of identification issues.

A report from CBS News shares the stories of eligible Wisconsinite voters who were turned away at polling stations because they didn’t have proper identification.

One woman, 66, who is suffering with chronic lung disease and a torn ligament in her knee, made it all the way to the polling station only to be turned away. Aware of the voter ID law, she brought her Medicare card, Social Security card and a county-issued bus pass with her photo on it.

Those three forms of ID were not good enough, and she was turned away.

Wisconsin’s law requires voters to present a state ID, driver’s license, naturalization papers, passport, military ID or a tribal ID to vote. Student IDs are only acceptable if they have a two-year expiration date and a signature.

Voters may cast a provisional ballot if they do not have proper ID, but their vote will only be counted if they return with the proper identification within a few days of the election.