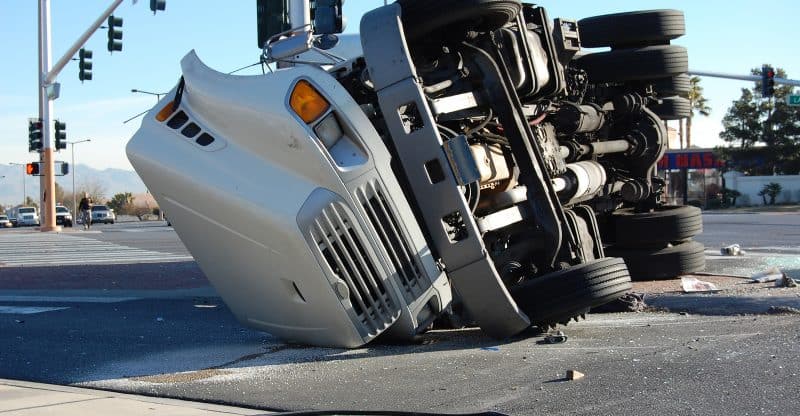 A disastrous truck accident took place in Denver, CO recently that claimed the lives of four people in addition to killing four others. This accident was just the most recent example of the dangers presented by such a large vehicle. Prosecutors came to a consensus when they charged the truck driver with more than 40 criminal counts. Among them was vehicular homicide. The arrest took place in Lakewood, CO, where they arrested the driver of the truck. The tractor-trailer went out of control during a long drive along Interstate 70. When the accident took place during rush hour, more than 28 other vehicles were involved in the accident. In addition to the charges of vehicular homicide, other charges included first-degree assault along with attempted first-degree assault.

The driver of the truck was being held on a bond of $400,000 as he awaited his preliminary hearing. It is helpful to enlist the help of experienced attorneys. Truck accidents are a serious danger in Illinois as well. According to the  Ankin Law Office, “trucking accidents can have devastating consequences because of the sheer size of the vehicles involved.” There were more than 9,000 accidents involving trucks and other large vehicles that led to fatalities. This comes in addition to the severe injuries that can be caused by these accidents as well. The recent charges stemming from this accident in Colorado is the latest example of the devastation these accidents can cause.

According to information from local news sources, the tractor-trailer involved in this accident was carrying large pieces of lumber. The driver lost control of the vehicle and ended up plowing into several cars on the interstate at high speed. The accident turned into a raging inferno that sent billowing flames all over the road. The four men who passed away were all driving separate vehicles, highlighting the severity of this collision. The carnage from the accident was significant according to local law enforcement officials.

The driver stated that his brakes had failed. He claims that this contributed to the accident. There was video footage available from cell phones that captured the accident. The video showed the truck crossing through several lanes of traffic, forcing other cars off of the road. As the case continues, the facts should rise to the surface. An attorney representing the driver stated that the charges represent a massive overreach by the prosecution team. Regardless, during any criminal case, it is critical to hire experienced legal representation. Everyone deserves to have a fair trial.