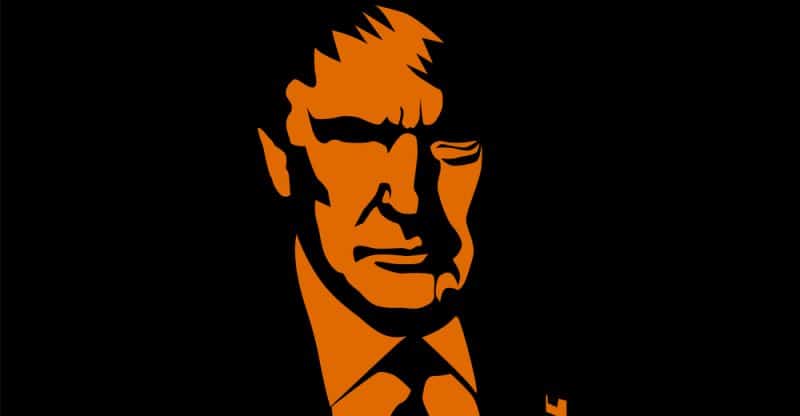 President Donald Trump made scant use of his power to offer clemency – less often than any other president since William McKinley who served at the turn of the 20th century.

The power to “grant reprieves and pardons for offenses against the United States” is written into the constitution and gives the President broad authority. However, over the past 225 years, some presidential pardons have raised questions.

Clemency statistics recently released by the U.S. Department of Justice show that Trump granted 44 clemencies, and included were 28 pardons and 16 commutations. This is a sharp contrast to the use of pardons, commutations, and other forms of leniency made by Barack Obama which totaled 1,927.

George H. W. Bush is the only other modern president to have granted very few pardons. During his single term between 1989 to 1993, he only issued 77.

There were some high-profile pardons during Trump’s time in the White House. These have increased as his time in office reaches its conclusion. Even as the President continued to insist he had won the presidential election, his pardon of Michael Flynn, former national security advisor, indicated that he knew his time in office was over.

CNN reports that since the 2020 election, sources indicate that several appeals have been made to Trump by associates for pardons. He has also discussed pardons for several people close to him with his advisers. The names discussed appear to include his children, son-in-law, and his legal representative Rudy Giuliani.

Even though he rarely used his presential clemency, the nature of Trump’s pardons often caused controversy because of the political or personal connection the recipients have to him. Trump has often acted on appeals from his allies within the Republican Party, the conservative media, and celebrities when deciding to grant clemency. He often chose to bypass the Department of Justice’s Office of Pardon Attorney.

These are the 5 most notable pardons granted by Trump during his 4-year term:

In August 2017, early in his presidency, Trump pardoned the controversial former Arizona sheriff Joe Arpaio. Arpaio was spared a jail sentence after he was convicted for using forceful tactics against undocumented immigrants. During his 24-year tenure, Arpaio kept inmates in brutal conditions and often detained immigrants illegally.

Arpaio supported Trump during his 2016 presidential campaign agreeing with his stance on issues like border security and a more aggressive deportation policy. Civil rights groups were up in arms over Arpaio’s pardon because his actions violated the constitution.

This was an unusual pardon because it came before Arpaio was sentenced. Though presidents can pardon whomever they wish, the Justice Department usually advises people to seek one at least five years after completing their prison sentence.

President Trump made two notable posthumous pardons during his term. The first was Jack Johnson, the first Black heavyweight boxing champion who was convicted for taking his White girlfriend for “immoral” purposes across state lines in 1913. His one-year sentence by an all-white jury destroyed his boxing career. Sylvester Stallone, star of the “Rocky’ movies brought the case to Trump’s attention.

The second posthumous pardon was to Susan B. Anthony, the woman’s rights activist who was tried and found guilty of voting in the 1872 presidential election.

In November 2020, one of the most notable full pardons granted by Trump was that of Michael Flynn. The pardon clears Flynn from absolutely anything relating to the FBI investigation of his Russian contacts. It also clears him from his cooperations during this case and all the other cases investigated by Mueller, and his disclosures about his secret lobbying for Turkey in 2016, before becoming Trump’s national security adviser.

Charles Kushner is the father of the President’s son-in-law, Jared Kushner. He was sentenced to 24 months imprisonment more than ten years ago. At the time he pleaded guilty to 16 counts of tax evasion, lying to the Federal Election Commission, and retaliating against a state witness – his brother-in-law William Schulder.

In July 2020, Trump commuted the three-year prison sentence of Roger Stone days before he was to report to a Georgia federal prison. Trump called the sentence “unjust”. Stone is a lifelong friend of Trump’s and according to prosecutors, he lied to congress to protect the president. He was convicted of seven charges, including witness tampering; making false statements to Congress and the FBI; and obstructing congressional proceedings. Stone received a full pardon in December 2020.