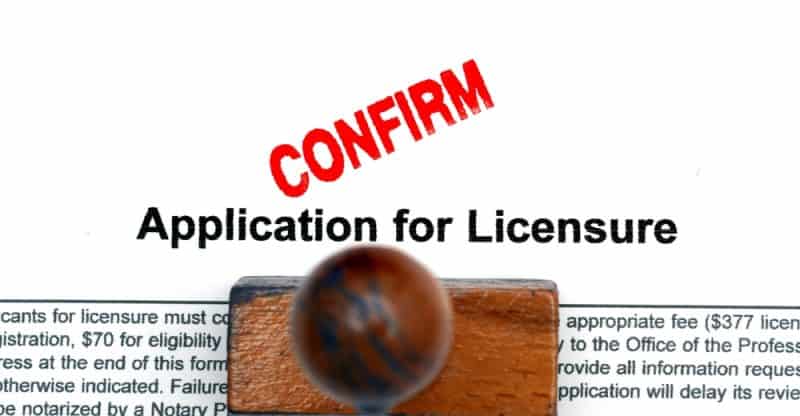 If someone who has been, several years ago, charged for a crime (with a few exceptions), and has completed his sentence for the same, should get an equal chance to obtain a job license, is essentially the take from AB 2138 license law. In this article, we wish to point out five reasons why the enaction of this law was necessary in California.

1) The rules change how PMBC functions

A board that was created as an entity within the Department of Consumer Affairs i.e. the Podiatric Medical Board of California (PMBC), would, with the implementation of AB 2138, require to amend their existing regulations for use. The amendment includes considerations for denial, suspension, or revocation of a license in determining whether a crime is substantially related to the practice of podiatric medicine or not.

The change would also mean in the development of criteria to evaluate the rehabilitation of a person when considering the denial, suspension, or revocation of a license. Stating about the current situation, the PMBC utilizes the enforcement regulations adopted by MBC. And the implementation of this rule will address the requirements of AB 2138 and establishes a substantial relationship for the PMBC’s licensed population, especially the rehabilitation criteria specifically.

Even after giving a human punishment for the crime, there was no change seen in the eyes of other humans regarding the “crime done in past, punishment taken in past” human. The complete life of that human was affected because of having to show past criminal records and that leading to rejection in the application. And this was all despite having gone through the painful course of punishment for the crime.

Not only did such an attitude deteriorate the human’s condition, but also raised tough questions for lawmakers and the effect of the laws that were designed.

The law dealing with this area was outdated and needed to be changed because of the conditions of the world that we live in, currently. Data about anyone is very easily available, and so, if there is a law like AB 2138 in place which overrules the data stating in a way,” no matter what the person has done in past, has gone through the course of punishment and hence, deserves the same treatment as anybody else would.”

3) The previous law had some irrelevancies

So, say if you were applying for a job of to serve as a waiter in some restaurant and had committed a crime seven years ago which has nothing to do with your “waiter’s” job, you’d still had to disclose that, under the former rule. And the decision would be of course taken with the same mindset of the people i.e. the person does not have a clear conscience. The way to view a person in this manner was very unfair. It treated all our learnings of equality with a very narrow point of view.

And so, this was one primary irrelevancy that the law prior to AB 2138 had. AB 2138 gives a fair chance to anyone applying for a license to prove if their violation in the past was not “substantially related” to the job they are applying, the board cannot reject their application for the same reason i.e. the applicant has a criminal history.

The statistics of California states “30 percent of all California jobs require licensure, certificate or, clearance from DCA board.” Overall, DCA is known to have governance over approximately 1773 different occupations. This authority ranges from medical doctors, nurses, and pharmacies, to accountants, architects, contractors, engineers, auto mechanics, and even hairstylists.

The effect of AB 2138 coming into place would mean that DCA would no longer view a person as it used to in the past. And even if it does view the person as it did in the past, it would not be able to make decisions based on its viewing of a person. Both of these are structured around the assumption which was found true in most of the cases that underlined a person with a criminal record does not get employment even after serving punishment.

5) AB 2138 reduces recidivism:  According to Attorney Tsion Chudnovsky,” Assembly Bill 2138 was passed to reduce barriers to obtaining occupational licenses, reduce recidivism to support criminal justice reform and to provide more economic opportunity for the almost 1 in 3 adults in California with a criminal record.”

In his further statement, Chudnovsky goes on to say how important it is to spread awareness regarding this law as it is expected to have positive effects on society. He also says how the new AB 2138 contributes to solving the criminal justice crises that the nation is facing right now. Chudnovsky claims “The United States incarcerates its citizens more than any other nation in the world. With only 5% of the world’s population, the United States has around 25% of its incarcerated population.”

The background statistics around this law are that

All these facts do point us towards some of the biggest challenges that the convicted individuals in California have been facing since long. Hence, in order to offer everyone an equal right to job, including those who have served for their crimes already, the new law was very important to be enacted. Wouldn’t you agree anymore?