5 Elements Every Business Contract Needs to be Legally Binding

8 Things You Should Never Have On Your Law Firm Website 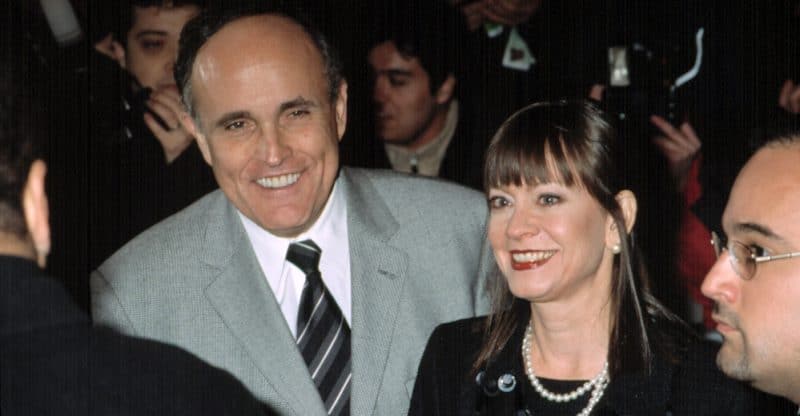 Rudy Giuliani is best known for his two terms of office as the mayor of New York. He is currently Donald Trump’s lawyer and has a legal career that spans 52 years.

A natural-born leader, Giuliani is the grandson of Italian immigrants and a native of Brooklyn. As a student of political science and philosophy at the Manhattan College in the Bronx, Giuliani considered becoming a priest in the Roman Catholic Church but soon revised his original plan after his graduation.

Thereafter, Giuliani has been actively involved in politics, consulting, and most recently as legal advisor to Trump’s legal team. Here are 5 things the public doesn’t know about Rudy Giuliani’s law career.

On completing his law degree, Giuliani became a clerk for Judge Lloyd MacMahon, in New York’s Southern District. He then stayed on in the U.S. Justice Department of the district and was first brought to the public attention in the 1974 trial of Bertram Podell, a representative of the U.S. Congress. Podell and was charged with bribery and broke down on the stand pleading guilty after a contemptuous cross-examination delivered by Giuliani.

Between 1975 and 1977, Giuliani moved to Washington to serve under Deputy Attorney General Harold Tyler as associate deputy general and chief of staff. He returned to New York in 1977 and joined the law firm of Patterson, Belknap, Webb, and Tyler, where he stayed until 1981.

It was 1981 when Giuliani became the youngest person to hold the third-highest position in the Justice Department. It was under the Reagan administration, and he served as associate attorney general until 1983, after which he was appointed U.S. attorney for the Southern District of New York.

He served there for six years and worked tirelessly. It has been reported that he had 4,152 convictions with only 25 reversals. This gave him the title of one of the most effective U.S. Attorneys in the history of the country. He successfully prosecuted drug dealers, white-collar crime, organized crime, and corruption within the government. Besides the various mafia figures he convicted, there were also Ivan Boesky and Michael Milken of the biggest insider-trading scandals of Wall Street.

According to a search conducted by KVUE. com, the last time Giuliani served as an attorney in court was in 1992. The ABC affiliated news channel from Austin, Texas, ascertained this from an advanced search on PACER where there are four cases with his name on. These were between 1987 and 1992.

In 2016, Giuliani joined the international law firm, Greenberg Traurig as an independent consultant. He was the global chair of its crisis management practice, privacy, and cybersecurity. He also  served as the senior adviser to the firm’s Executive Chairman, Richard A. Rosenbaum.

He left his law practice to concentrate on Trump’s campaign in the hope of becoming secretary of state. But that was not to be, his international business ties proved to be a huge stumbling block. These included his ties to Qatar, Iran, and the Ukraine.

By 2018, he resigned from Greenberg Traurig to concentrate on his legal work as part of President Trump’s legal team. At this time, Trump faced the special counsel investigation into the Russian Government’s meddling in his 2016 presidential campaign.

In November 2020, Trump put Giuliani in charge of the post-election legal challenges after he lost to Joe Biden. However, before that Giuliani oversaw the tumultuous investigation against President elect’s son Hunter Biden.

The enquiry of the Ukrainian company and Biden’s son took many twists and turns as he tried digging up dirt about both him and other Democrats on behalf of Trump. Their actions came under scrutiny in 2019, and Trump was impeached in December of that year only to be acquitted in February 2020.

Giuliani continues working as part of Trump’s legal team, even though he was recently hospitalized with COVID-19.