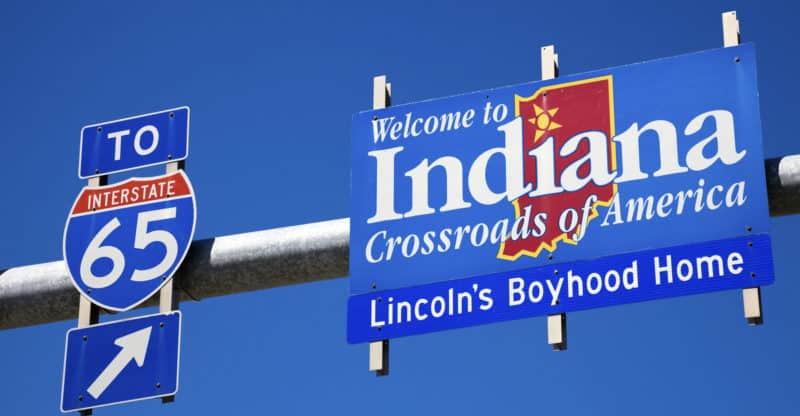 Construction workers are gearing up for spring and summer construction on I-65. One of the biggest projects of the season involves the repaving of the highway just north of Louisville.

All traffic will be diverted to the southbound side for eight miles in Clark County until mid-summer.

INDOT warns drivers to be cautious of construction workers and to slow down when driving in construction zones.

“The INDOT people and our contractor’s people, these vests don’t protect you too much from on-going traffic. So we want you to be aware we’re out here working and want you to be aware for yourself because most of the people involved in serious accidents are the motorists themselves, ” said Harry Maginity of INDOT.

A temporary memorial has been placed in the grassy median of I-65, just south of Lowell, to serve as a reminder of construction accidents and the workers who lost their lives while on the job. The memorial features safety vests and hard hats atop stands, including the gear from Brandon Fiscus, construction worker.

Fiscus was hit and killed by a motorist last year while working on I-65.

Highway workers refused to return to work after the worker’s death, demanding that a buffer be added for additional protection.

The memorial also serves as a warning to motorists to slow down and be cautious when driving through construction zones.

E & B Paving manager Mark Michael said Fiscus was working within six feet of construction zone barrels when a motorist lost control, hit three of the barrels and then hit Fiscus.

“There was another person there. There was nothing he could do but watch Brandon die,” said Michael.

The ISP and INDOT are taking extra measures to improve safety and make the work area safer. This year, a zipper wall, which is a movable concrete wall barrier, will be installed. The barrier is the first to be used in the area.

“Safety is ultimately in the hands of motorists. When you see orange signs and yellow vests, hang it up and put it down,” said Calvin Lee, director of Indiana Constructors.

The INDOT and the State Police held a moment of silence for workers who died in work zones. The group also took time to discuss worker and driver safety during a press conference at a rest stop along the highway, just south of the Kankakee River.

Doug Moats, INDOT spokesman, said there were 3,902 accidents in work zones across the country last year. The accidents resulted in 13 deaths and over 600 injuries.

Terrence Weems, Indiana State Police 1st Sgt, said nearly every road in the state will be under construction at some point this year, and asked motorists to take their time.

“In construction zones our desire is for people to drive carefully voluntarily,” said Weems. “For those who don’t want to do it voluntarily, there are traffic codes that can be enforced.”

Construction crews will be adding new travel lanes from Indiana 2 to U.S. 30, and will be replacing the two bridges over Kankakee River.