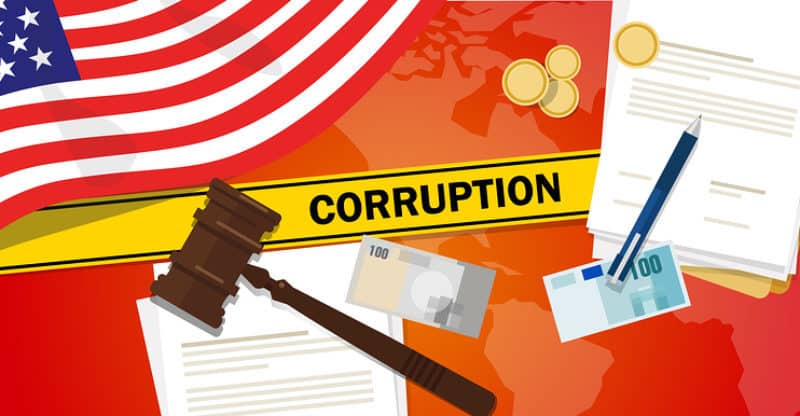 A group of 7 Baltimore police officers were indicted Wednesday on federal racketeering crimes, NBC News reports. The charges come after a 12-month, secret investigation into excessive force and other violations.

The crimes, which took place last year, include robbing a driver during a traffic stop and filing false overtime claims. Members of the Gun Trace Task Force were involved in some of the incidents.

Kevin Davis, Baltimore Police Commissioner, called the charge a “punch in the gut.” The department is still under fire over the death of Freddie Gray.

“They were involved in stopping people who had not committed crimes and not only seizing their money but pocketing it,” said Rod J. Rosenstein, Maryland U.S. Attorney.

One officer is facing a separate charge for drug distribution.

Davis said the investigation is a part of an effort to reform the local police department.

The Baltimore Police Department came to an agreement with the Department of Justice to implement sweeping reforms.

Davis acknowledged that the police department has problems. “We wouldn’t be under a consent decree if we didn’t have issues,” he said.

In one incident, four of the officers allegedly stole $200,000 from a safe and a $4,000 watch. In another incident, three officers conspired to impersonate federal officers and steal $20,000 in cash.

In another case, officers stole $3,000 from people who emerged from a drug home they were surveillancing. Another officer helped a friend remove a GPS tracking device placed by the DEA from a vehicle.

Two officers allegedly filed false overtime claims, with one charging overtime while at a casino. The other officer charged overtime while on vacation in Myrtle Beach.

The indictment also states that the officers would turn their body cameras off at times.

To conduct the investigation, officials placed a recording device in an officer’s vehicle and used electronic surveillance. One officer allegedly stated that working for the Baltimore Police Department is “easy money.”

“I can assure you that for the officers that are doing their legitimate jobs, this is not easy money by any means,” said Rosenstein.

Gene Ryan, President of the Baltimore City Fraternal Order of Police, called the charges “disturbing.” Ryan said the officers are “entitled to due process and a fair trial in accordance with the Constitution and the laws of our state.”

Internal affairs summoned the seven officers Wednesday morning, where they were arrested. All officers were charged with racketeering.

Rosenstein said the officers were participating in “a pernicious conspiracy scheme,” and that their actions “tarnishes the reputation of all police officers.”

The officers were each represented by court-appointed attorneys, and affirmed that they understood the charges against them.

Hearings for six of the officers are scheduled for Thursday. Taylor’s hearing will be held on Friday. During the hearings, the defendants’ attorneys and the prosecutors will argue whether the officers should be released prior to their trials.

Mosby’s office was not informed of the investigation until Wednesday.

Some of the officers had been previously accused of wrongdoing or using excessive force. The city of Baltimore has paid more than $500,000 in settlements involving the officers, according to reports from the Baltimore Sun.