Supermarket Accident Compensation Claims – How Much Can You Realistically Get for Your Injury?

Strategies for Navigating Sexual Assault Accusations at the Workplace

The Ultimate Guide to Hiring Freelance Lawyers for Your Law Firm 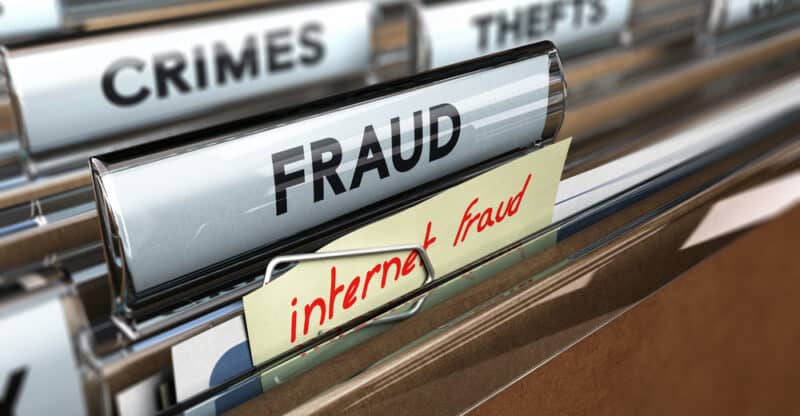 Online fraud is on the rise, and everyone is a target! Internet fraud and scams are nothing new; they have been around since we started using the internet. Let’s look at the seven biggest internet frauds of all time, in no particular order:

Online dating is undeniably popular, and that is why criminals target legitimate users through fake profiles and try to get money from them.

One of the biggest online dating frauds took place in 2013. A lonely, retired Canadian woman lost her life savings of $1.3 million to a companion she met online. She connected with him on an online dating site, and he elicited money, gifts, and other favors from her. She willingly gave up the money to him as he fabricated his legitimate-sounding personality and stories.

Usually, this scammer asks their victim for monetary help and tries to get as much out of them as possible. The online dating profiles of scammers are generally limited or removed by dating apps. To prevent the dating app from removing them, these fraudsters use convincing stories to get their victims to continue communicating with them from another app.

In 2010, the US Federal Court handed down one of its harshest sentences for a computer crime. Hacker Albert Gonzalez was given 20 years in prison after being convicted of leading a notorious fraud ring that hacked into retail store accounts, stealing hundreds of millions of credit cards. Gonzalez, aka SoupNazi, amassed $2.8 million from the scam that is believed to have cost businesses anything between $200 million and $1 billion in damages. He used this money on a lavish lifestyle.

After many years of ongoing investigations, the FBI finally arrested five men in July 2013 for hacking into global organizations. This is the most significant cyber case ever filed in US history, and it soon emerged these cybercriminals also had ties to Gonzalez, aka SoupNazi.

They stole from Nasdaq, Visa, Citibank, JetBlue Airways, and many more global giants. In addition, they stole 160 million credit cards, and the credit card fraud committed totaled more than $300 million. With the help of malicious software installed in the servers of Nasdaq, the hackers could disable the anti-virus software on the computers of their unsuspecting victims. Then, after stealing and storing the data, they sold it for a profit.

Credit card processing companies and cardholders became the victims of fraudsters that committed an ATM scam in 2013. The hackers stole the credit card information of countless individuals and then stole $45 million from ATMs worldwide.

Eight people from New York and 2 Dutch citizens were arrested following the attack. A few weeks later, another operation followed, and another group, which stole $40 million by targeting a different credit card processing company, was arrested.

Many international internet fraudsters target credit cards. For example, in February 2013, the FBI arrested 18 members of another organization who managed to commit a scam that netted them $200 million. They did this by obtaining 7,000 fake identities to steal credit cards. Then, they used the cards to “borrow” massive amounts by providing phony information to credit bureaus, inflating the credit allowed.

Some scams are difficult to put a value on. Here are two ongoing scams that defraud people, and everyone needs to be aware of:

In a relatively cheap but pervasive form of fraud, the phishing email takes its victims to a fraudulent site that looks like an actual page. Here the victims enter their credentials, making it easy for the hackers to commit fraud.

In recent years, tech support scams have also been used to defraud people for vast amounts of money.  With this scheme, someone calls pretending to be from a company, software provider, or bank. They convince the person that their computer is infected with malware and ask them to allow them to control the computer to fix the problem remotely. This will enable them to hack the system, steal data, or install ransomware. Then, they either demand payment for their services or sell a useless form of cybersecurity to their victims.

What is the most common type of internet fraud?

Email scams are the most prevalent type of fraud and used by hackers “phishing”.

What is the charge for Internet fraud?

Varies by state though there are federal statutes as well

Can you go to jail for scamming online?

Online scams is a type of fraud so large penalties, as well as jail time, is a possibility.

What is the effect of internet fraud?

The purpose is to steal identities or gain money or property (including access to networks). Internet fraud is an incredibly serious crime and can result in prison time and large fines. Police & courts take this sort of crime seriously.