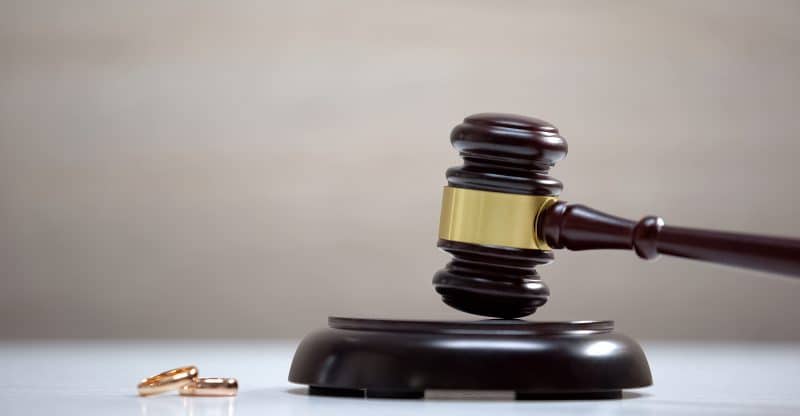 During the divorce process, the two parties agree on settlements and arrangements. These are laid down in the divorce decree. After the divorce is final, both parties must abide by the settlement and court orders of the divorce.

In legal terms, breaching a court order after a divorce is known as “contempt of court.” The perpetrator who has disobeyed or disrespected the court orders faces criminal charges.

When a motion is filed, the injured party must prove how the final decree was violated. Most injured parties have their attorney serve their ex-spouse, but can also undertake the process alone by filing forms at the court clerk.

These are the seven most common ways that issues that divorce court orders are breached.

Child support payments are one of the most contentious issues in divorces. It becomes difficult for the spouse relying on the child support to pay for necessities for the children. Some people stop paying child support to punish their ex if they are having issues with contacting or visitation rights. However, this is seen as contempt.

This type of issue can be taken to the Family Maintenance Enforcement Program (FMEP). The program can track and collect maintenance through various means, including taking money directly from the defaulter’s paycheck.

However, if one parent stops child support payments, it does not mean the other parent can prevent contact or parenting time.

The most serious cases arise when one parent forbids the other from seeing the children. The most common cause for this is if one of the parents does not agree with the terms set of the agreement or order.

Often, exes find it hard to communicate and reach an agreement. The best way to prevent being in contempt is to use a mediator or parenting coordinator to find common ground. If an order is not practical for one of the parents, a court application can be made to change it.

There are often cases where the visitation agreement for children may not be followed correctly. There are various reasons why this can happen.

Often, the order or agreement might not stipulate what should happen in unusual circumstances. One recent example that threw many off parents was the lockdown regulations. Also, if a sick child cannot go to the other parent on the scheduled days one of the parents may be unsure of what the agreement stipulates. Sometimes, one parent may feel that it is unsafe to send their child to their ex.

4.      Not following parenting time or contact according to the orders

Often, one of the parents may have an issue where they are finding it hard to do what the parenting order stipulates. This can be a result of changes that may require they work longer hours, or because of a new job that may entail more traveling or even a relocation.

If one parent continuously has a problem following the order, then the agreement needs to be re-accessed and agreed on.

5.      Worries that the children are going to be taken away

A planned move by one of the parents requires the other parent is given a 60-day notice. If they disagree with the move, they can object by applying to the court. It is up to the parent disagreeing with the move to prove the other parent won’t bring the children back. If this is proven, the court can request a security payment. It can also order that the children’s passports are given up, or that an amount or property is transferred to a court-appointed trustee.

A court can also order the children are not taken out of a certain area.

It can often take some time after a divorce to divide the assets and debts of a couple. In some cases, after the assets are sold, an ex can refuse to hand over the amounts agreed on or may keep putting it off.

Even in divorces where there are no dependents, either because the couple had none or they are not dependents anymore, one party may be given alimony. Late payments can affect how the dependent spouse pays their bills and can lead to a negative credit score. Any missed alimony payments are also held in contempt of court.

Ensuring a divorce decree is enforced

Any threatening or criminal behavior should always be reported to the police immediately and all options are best discussed with an attorney. Disobedience of any of the court orders in a divorce has legal consequences. It is up to the affected party to provide as much evidence to the court as possible. Evidence can include text and voice messages, account statements, and any other proof.

The offending party can be penalized with fines, have their accounts frozen, have a lien placed against their business or property, and the loss of their professional license, passport, or driver’s license.