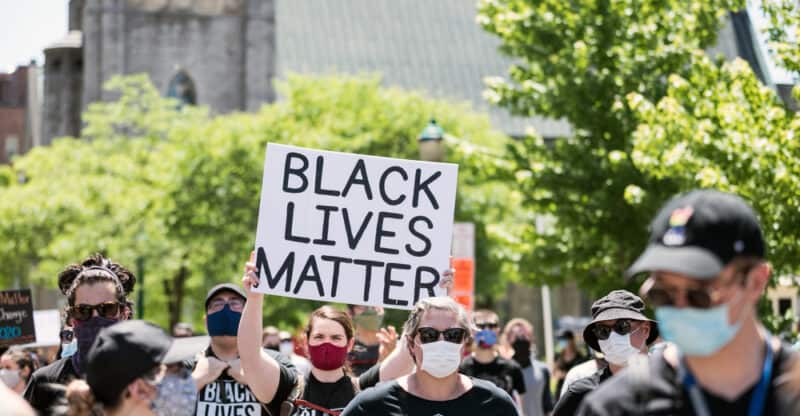 The verdict has split the views of observers. Some see it as an example of justice dished out by an armed teen taking the law into his own hands, while others see his actions as protecting property from rioters and an act of self-defense. The self-defense arguments convinced the jurors during the trial, and after deliberating for three days, they passed down a non-guilty verdict.

Here are seven interesting things we learned from the trial:

Despite living in Antioch, Illinois, Rittenhouse was just across the border, in Kenosha, Wisconsin, on the night of the unrest. In his trial, he testified that his father lived in Kenosha and worked there as a lifeguard in a police explorer program. At the time of the shootings, the defendant stayed with his sister’s boyfriend and friend, Dominick Black.

2. Presence at the Car Dealership

On the night of the shooting, Rittenhouse and Black joined several others to protect a car dealership from looting. According to one of the defense witnesses, Nicholas Smith, they were called by the dealership owners to protect it, something the owners denied. Smith also testified that he reached out to Black to help protect the dealership on Snapchat after seeing pictures of his presence at the previous night’s protests.

On the night of the shooting, Rittenhouse lied, saying he was studying nursing at Arizona State University and was present at the protest in the role of an EMT. However, when questioned about this during his cross-examination, he admitted that he wasn’t an EMT, leading the state to call him a “fraud” in its closing statements.

The AR-15 is the weapon in question, and it was purchased by Black in Wisconsin for Rittenhouse since he was underage. Black, who also stored the gun for his friend, also had a firearm. The two often went to a rural area for target practice.

5. The Wording of Wisconsin Gun Laws and Charges of Firearm Possession

Rittenhouse was charged for possession of a dangerous weapon by a minor, but the odd wording of the Wisconsin gun laws caused the misdemeanor charge to be dismissed. According to CNN, the Wisconsin law states that: any person under 18 years of age in possession of or armed with a dangerous weapon is guilty of a Class A misdemeanor. However, in a subsection, the statute continues: the section applies only to someone under 18 years who possesses or is armed with a rifle or a shotgun if that person violates s. 941.28. And in 941.28, it states: illegality only applies if someone is armed with a “short-barreled rifle with a barrel of fewer than 16 inches, and an overall length of fewer than 26 inches.

In a Reuters report on the trial, Daniel Adams, a Wisconsin criminal defense lawyer, said that the outcome of the trial “was both dramatic and not entirely surprising.”  Both video evidence and testimonies made it challenging to disprove self-defense beyond a reasonable doubt for the claims made by the teenager that he was being pursued by a crowd and feared for his life. Rosenbaum was chasing the teenager and threw a bag at him before being fatally wounded. Grosskreutz pulled out his firearm during the incident, and it appears that Huber hit him with the skateboard.

7. Police Handling of the Incident

Another striking element of Rittenhouse’s trial was the way police treated him after the shooting. The self-deployed teenager is seen in footage just minutes after the shooting being greeted by some police officers, who gave him a bottle of water. After that, he went home and was persuaded by his mother to turn himself in, but when detectives realized he didn’t understand his Miranda rights, the interview was cut off.

During the trial that captured media attention, the prosecution claimed Rittenhouse was a member of a far-right White Supremacist group called Proud Boys. The judge denied the motion for lack of evidence. Nevertheless, too many political questions arose from the charges against Rittenhouse. The outcome leaves many wondering if it’s acceptable for armed civilians to take the law into their own hands.