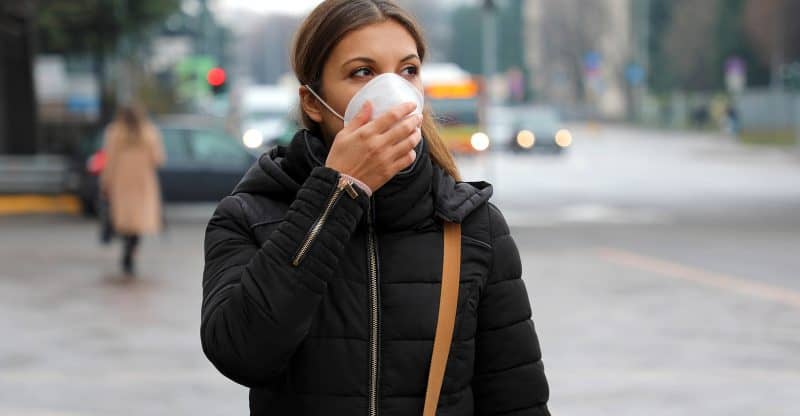 As the title of the March 30 New York Times article title conveys eloquently, “Jails are Petri-Dishes’ for coronavirus.

Over the past month, COVID-19 has ravaged the world, leaving people in their homes practicing social distancing to avoid contaminating others. Rubbing alcohol and hand sanitizer have become live savers, though these items are widely banned in America’s prisons.

Authorities across the country have begun releasing thousands of inmates in an attempt to slow the spread of the virus, preserve precious medical resources, and save lives.

America has the largest prison population in the world, and correctional facilities are mostly crowded and unsanitary. Within the last two weeks, Chicago’s Cook County jail went from having two diagnoses to over a hundred cases of coronavirus. Another close by Indiana prison reported a COVID-19 related death.

In New York City’s infamous Rikers Island, there were 167 confirmed cases. Prisons are full of elderly inmates and immunocompromised. The situation is dire for prisoners, employees, and medical staff.

As the crisis grows, dozens of public health experts sent a letter to the President. They’re urging him to take immediate action to protect immigration detainees and inmates.

Some older inmates across the country are suing jails over their response to the outbreak. They’re talking to civil court because they’ve developed symptoms and are not allowed the proper preventative measures.

According to Jonathan Rosenfeld, they may be granted the right to release because of their medical vulnerability and the prison’s careless handling of the situation.

In the statement released by the Attorney General, there’s a listed criterion for those who can be considered for home confinement.

The following is a non-exhaustive list of these factors:

If a prisoner is in a high-security prison, engaged in gang-related or violent behavior, or was convicted on a serious offense, they’re less likely to be considered for home detention. Some criminals charged for crimes such as sex offenses will be rendered ineligible.

The Federal Bureau of Prisons (BOP) understands the obligation to protect personnel and those in their custody. First and foremost, they’re prioritizing their responsibility to protect the public. They refuse to take any risk that may contribute to the spread of COVID-19 or put the public at risk in other ways.

Any inmate who’s granted home confinement is given a mandatory 14-day quarantine. They must be quarantined for these two weeks before they’ll be discharged from any BOP facility. The prisoners who are released to home confinement will be subject to location monitoring.

The legal system in Cleveland was quick to act. Since the coronavirus hit the U.S., the county jail population was cut in half to avoid crippling the system.

Judge Sheehan followed the usual protocols for hearings, requests for trials, and plea deals. Instead of resolving proceedings in 60 to 90 days, the court did so within 42 to 72 hours.

In New York City, Mayor Bill de Blasio said that the city released at least 650 people from Rikers Island, many of whom were convicted of nonviolent crimes and serving sentences of less than one year.

The most considerable U.S. effort for inmate release as a response to COVID occurred in Los Angeles County. Within one month, over 1,700 people were released, about 10 percent of the county’s prison population.

According to L.A. Sheriff Alex Villanueva, the releases were limited to individuals who were to be freed in less than 30 days. All of the discharges were those who had been convicted of nonviolent misdemeanors.

As of today, there’ve been no confirmed coronavirus cases in L.A. county. The deputies have also been instructed to make fewer arrests, dropping from an average of 300 per day to about 60.

Prosecutors throughout the country are reviewing cases. They’re deciding whether it’s appropriate to release inmates. They’re considering age, health, and the nature of their charges.

COVID-19 has disrupted a variety of aspects of modern life, including the justice system. Public officials, lawyers, and medical professionals are looking for ways to deal with the vast prison population in a way that will ensure public safety and public health.