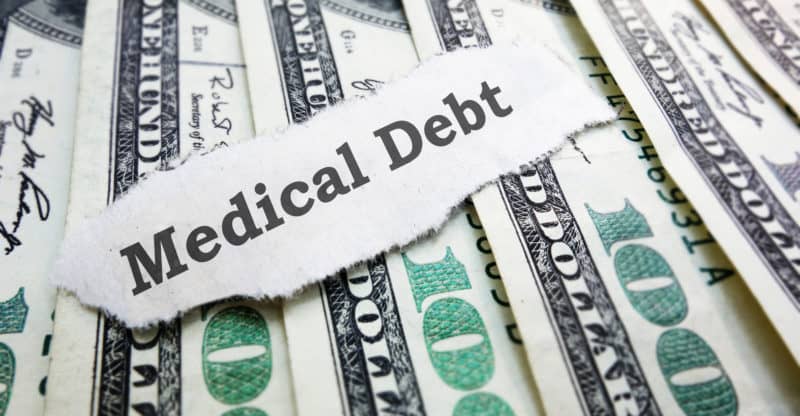 Filing for bankruptcy is helpful if you’ve hit a financial rut, but it takes a worst-case scenario even to consider it. Yet, it seems that many Americans are meeting this horrifying situation.

It leaves us wondering why people are in need of restarting their finances. The main reason seems to lie in medical expenses. Read on to find out why.

Chapter 7 and Chapter 13 bankruptcy are two standard programs people take part in to rid themselves of debt. If you go with Chapter 7, you lose property to repay your debts. Chapter 13 aids those in debt to keep their property with a repayment plan.

However, neither choice is desirable. Also, counterintuitively, bankruptcy costs money – thousands of dollars.

Keep in mind, though, as David M. Offen, a bankruptcy lawyer in Philadelphia says, filing for bankruptcy can put you on a fresh financial start.

Academic researchers carried out a study with worrying results. They discovered that over 66% of all recorded bankruptcies tied to medical expenses.

The situations in question included high costs of the care itself or time out of work spent due to a condition. There’s an estimate that as many as 530,000 families turn to bankruptcy filing to avoid drowning in medical debt.

The new study’s results are consistent with previous similar studies, but it shines a light on a meaningful conclusion. The Affordable Care Act has failed to reduce the medical debt burden. On the contrary, after the Act took effect, the number of debtors increased by 2%.

One of the study’s authors suggests that the main culprit was inadequate health-care. With the meagre coverage it offers, few families are ready for when emergencies hit.

Of course, it’s not only medical care costs that are out to get people. It’s challenging to conclude the main reason, as research relies only on surveys. In any case, the following reasons are often named.

Unaffordable mortgages are putting many Americans in crippling debt, too. Many find Chapter 13 to be their last resort.

Studies show that Americans owe 1.5 trillion dollars in student loans. In 2018, one in every six students had their debt go over their income. Thus, the standard 10-year repayment plan seems almost impossible.

The end of a marriage creates a financial strain on both partners. The legal fees, the child support, and the maintenance of two households eat up one’s income.

Not only working Americans face debt. According to a survey by the U.S. Federal Reserve, almost half of citizens over 75 years of age were indebted.

The reasons for this lie in the fall of trade unions. As a result, no good pensions or health care packages for retirees are available. Besides, with the rise of 401K, you need to work for 40 years, making retirement elusive at best.

It’s difficult to say whether health care costs are the main reason for bankruptcy in America, but the research findings are alarming.

Some may hold medical expenses responsible when other issues might also be to blame. Still, these costs inevitably play a significant role in the matter.