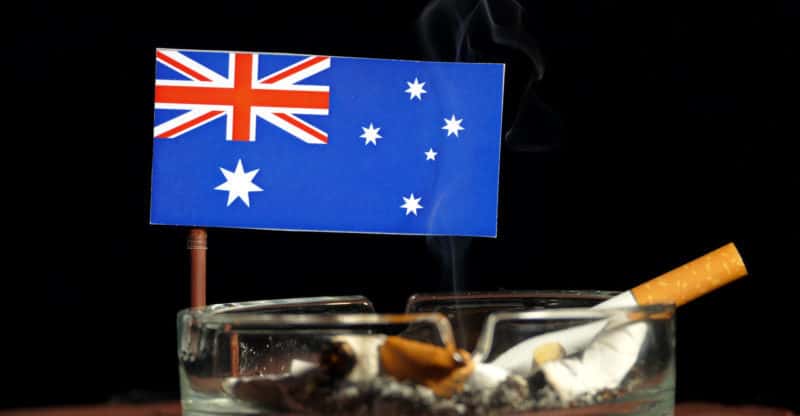 The Australian government in 2016 raised taxes on cigarettes, hiking prices to $40 a pack by 2020. The tax hike was intended to encourage more Australians to quit smoking, but the initiative may cause more harm than good, experts fear.

The 12.5% tax increase over four years has caused many smokers to turn to the black market, where illegally imported cigarettes are cheaper. An estimated 14.3% of all tobacco consumed in Australia comes from the black market. A wide range of counterfeit products and brands are sold “under the counter” by Australian shop owners and individuals.

Black market cigarettes may come at a lower price, but there are growing concerns that these illegal cigarettes are contaminated with carcinogens, including asbestos.

Counterfeit cigarettes from China contain up to 80% more nicotine and emit 130% more carbon dioxide, according to tests. Many also contain other contaminants – some disturbing – including human and animal feces, lead, rat poison, dead flies and asbestos.

Asbestos is a carcinogen that is the leading cause of mesothelioma.

The majority of black market cigarettes come from Asia, primarily China. China is now the world leader in counterfeit cigarettes. Factories are producing 400 billion cigarettes per year, and are sold in cities around the world.

The Chinese government has attempted to stop the trade, but manufacturers are heavily armed and their efforts have led to riots in the streets. Private investigators are murdered every year in retaliation killings.

Australia is not the only country to be caught in the illegal tobacco trade. In the U.S., one illegal cigarette ring smuggled in a billion counterfeit cigarettes into New Jersey and Los Angeles between 1999 and 2005. In China, it costs 20 cents to make a pack of counterfeit Marlboros, but a pack sells for up to 20 times that amount in the U.S.

In America, 99% of the counterfeit cigarette market is supplied by China.