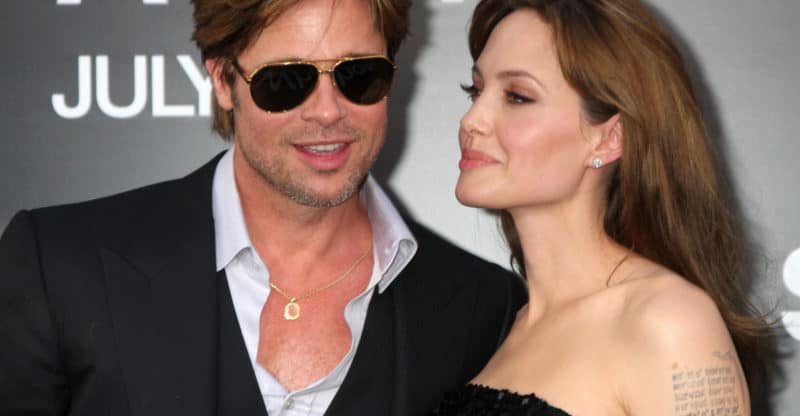 Brad Pitt and Angelina Jolie’s divorce shocked the world after the couple’s relationship spanned over a decade. The rumors swirled the moment the news broke, with many sources claiming that Jolie filed for divorce due to an incident that happened on a private jet.

The details of the incident are murky, but rumors suggested that Pitt was drunk and became violent during the plane ride.

The FBI was involved at the time, stating that they were gathering facts before deciding whether or not to pursue the abuse claims. A statement from TMZ sheds light on the situation.  The statement suggests that there was never an investigation into the matter.

Sources suggested that the incident resulted in no injuries and that the contact with his son Maddox was not intentional. There are also reports that Jolie didn’t want her ex-husband prosecuted over the mater.

Angelina Jolie is maintaining full custody of the couple’s six children temporarily. The agreement came to light at the end of September. “Temporary custody while counseling is ongoing is common in high profile divorces,” states  a family lawyers.

The temporary agreement will last for a three-week period. The Department of Child and Family Services is involved in the matter and will impose new rules when the temporary period is over.

In accordance to the agreement, Jolie will maintain full custody until October 20. Pitt will be able to have visitation rights, but he will have to submit to drug testing and alcohol testing. He passed his first test and was clean of both substances. No further reports on testing have been mentioned at this time.

Brad and Angelina will both need to go to counseling individually.

The family, including all of the children and Pitt and Jolie, will need to attend family counseling sessions together. Jolie and Pitt both agreed to the terms. Jolie has stated that she wants to “heal” her family.

While explicitly mentioning her children, this could also leave room for the couple to reconcile.

Rumors of both parties cheating have been quashed in recent weeks. Pitt was accused of cheating on his wife with actress Marion Cotillard. The actress, pregnant, is expecting her second child with her partner, Guillaume Canet.

She revealed the news on Instagram and has denied having an affair with Pitt. The actress stated, “I do very much wish that Angelina and Brad, both whom I deeply respect, will find peace in this very tumultuous moment.” The comment came after announcing that she is expecting a baby with the love of her life and best friend.

Pitt and Jolie did have a prenuptial agreement in place. The couple owns several properties together.

Jolie has threatened to sue blogger Perez Hilton over his coverage of the divorce. Hilton is reported to have received a notice from Jolie’s lawyers demanding he change the content or be sued as a result.

The blogger stated, “I did nothing illegal. We stand 100% behind our reporting.” He also reaffirmed that he has been a major support and fan of the actress. “I am livid,” he wrote in his response.

Jolie’s people reached out to Hilton with an apology.