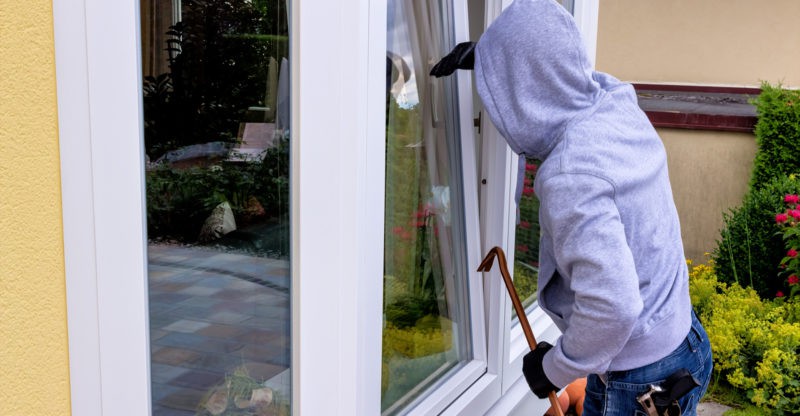 Every 18 seconds in the United States a burglary takes place. This means that every single day in this country nearly 5,000 homes are broken into and homeowners become the victim of theft. When the homeowner is present during these unlawful entries, they can also be the victim of a violent crime, including assault and rape.

Many people think that burglaries usually happen at night, but this simply isn’t true. According to statistics, 65 percent of burglaries take place during the day when no one is thought to be home. In many of these cases, the burglar has an easy time getting into the home, usually through an unlocked door or window. Some of them walk right through the front door or get into a window on the main floor. Others have been known to get inside the home by climbing trees and getting through an upstairs window or by going in through a secondary door, such as the patio or garage.

According to the FBI, when a homeowner becomes the victim of a burglary, the chances of the criminal being caught and convicted is very slim. In fact, only one in ten burglary cases ever get solved. According to the Spodek Law Group in Los Angeles, this is due to either a lack of evidence or a lack of witnesses. Getting stolen goods back is very difficult, as burglars often take stolen belongings to pawn shops or sell them over the internet.

The best thing that a homeowner can do to protect their home is to always ensure doors and windows are locked. They may also want to invest in a home security system. Eighty-three percent of burglars say they look for a home security system before breaking in and 60% of them change their minds if they know one is installed.